Cordoba (or Cordova) is a city in Andalusia, southern Spain, and the capital of the province of Córdoba. Located on the Guadalquivir river, it was founded in ancient Roman times as Corduba by Claudius Marcellus. 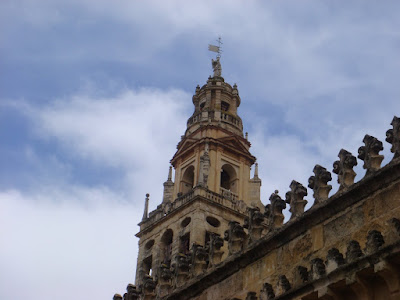 The Mezquita (Spanish for “mosque”) of Cordoba is a Roman Catholic cathedral and the former Great Mosque in Cordoba. The steeple of the cathedral actually surrounds the minnaret that was left standing when the Christians conquered the city.

The old town contains many impressive architectural reminders of when Cordova was the thriving capital of the Muslim Caliphate of Cordova that governed almost all of the Iberian peninsula from 716 until 1226 until it was conquered by King Ferdinand III of Castile. 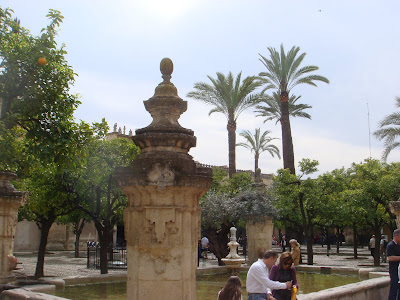 This is the garden outside the former Great Mosque of Mesquite.

The building was begun in approximately 600 A.D. as the Christian Visigothic church of St. Vincent. The first Muslim Emir Abd ar-Rahman I and reworked it. 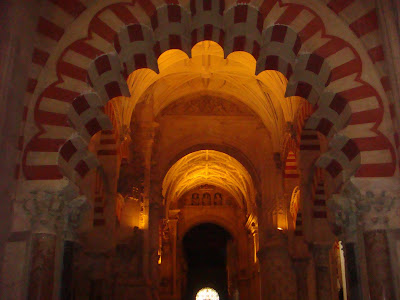 The legend is that that emir bought the church from the local Christians.
Who knows. 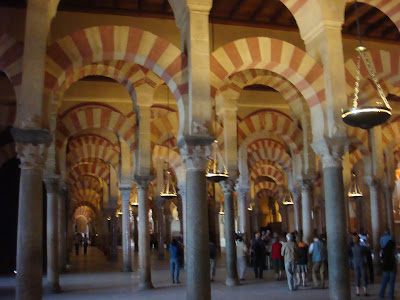 It was the most magnificent of the more than 1,000 mosques in the city and was at one time the second largest mosque in the Muslim world. It was connected to the Caliph’s palace by a raised walk-way. 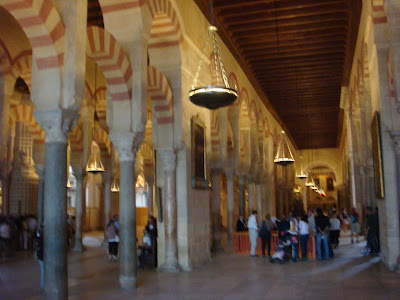 The building is most notable for its giant arches, with over 1,000 columns of jasper, onyx, marble, and granite. These were made from pieces of the Roman temple which had occupied the site previously, as well as other destroyed Roman buildings. 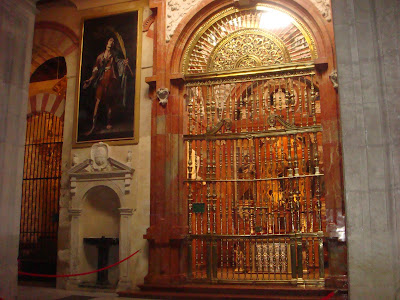 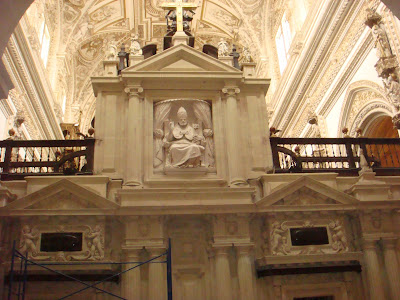 St. Peter is positioned near the central altar with the keys to heaven. 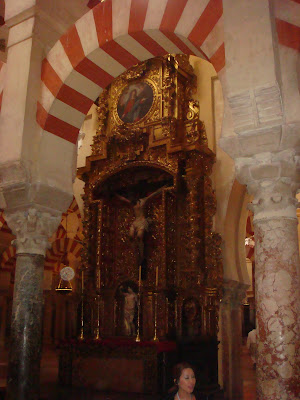 This is an interesting photo that shows the Muslim arches along with one of the Christian altars in the cathedral. 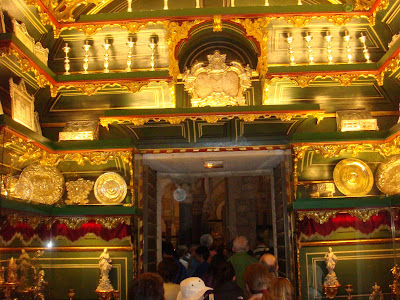 The cathedral holds many treasures collected by the Catholic Church over the centuries. 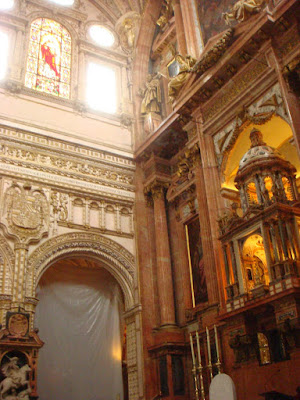 The Christians took out many of the arches in the mosque and built an amazing dome in the center of the former mosque. 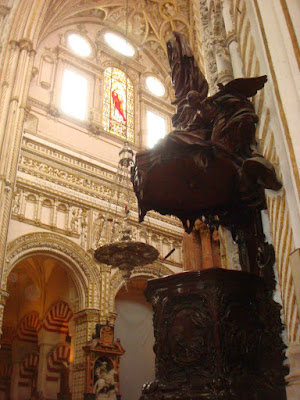 In December 2006 the local Muslims demanded the right to worship at the Cordoba Cathedral.
Their request was denied.

–Much of the information was taken from Wikipedia and notes from my tour today.
The photos I took.