She broke into tears as she recounted an anonymous e-mail that threatened to cut open her son and fill him with poison “the way Huntingdon does with the animals.”

After the leader of SHAC, Kevin Kjonas, was indicted in 2004, former child star Pamelyn Ferdin took over the reins at SHAC. 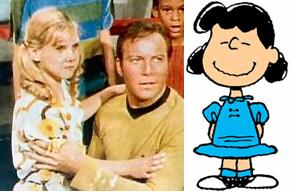 Pamelyn Ferdin had a successful childhood career as the voice of Lucy in Peanuts and a regular gig on the “Odd Couple”. She later starred in Pine Sol and Avis commercials.

Dennis Nixon at the excellent Neander News has this stunning report on the convictions of six Stop Huntingdon Animal Cruelty (SHAC) protesters convicted yesterday in New jersey for terrorizing children among other things. The SHAC members insisted that their First Amendment Rights were being violated:

The group, Stop Huntingdon Animal Cruelty, maintained its actions were protected under the First Amendment.

The government charged that SHAC waged a five-year campaign against Huntingdon Life Sciences, posting on its Web site information about the lab’s employees and those who do business with Huntingdon, including their home phone numbers, addresses and where their children attended school.

Many of those people saw their homes vandalized, and they and their families received threatening e-mails, faxes and phone calls. Many were also besieged by protesters parading with photos of mutilated animals and screaming “Puppy killer!” through megaphones at all hours outside their homes.

One woman said she received an e-mail threatening to cut her 7-year-old son open and stuff him with poison. A man said he was showered with glass as people smashed all the windows of his home and overturned his wife’s car.

Dennis Nixon has much more on the animals at SHAC.

Another group that has published threats to target children is taxpayer funded Casa de Maryland.

From the Minutemen National Blog:

Casa de Maryland, a taxpayer funded organization that caters to illegal aliens, has threatened to target the children of Minuteman Civil Defense Corps (MCDC) volunteers who peacefully and lawfully exercise their civil rights by seeking the enforcement of laws regarding employment, illegal immigration and border security.
Gustavo Torres, Executive Director of Casa de Maryland, in an article by the Gazette published February 22, 2006 and posted on the Casa de Maryland website, is quoted saying of the Minutemen

“We are going to picket their houses, and the schools of their kids, and go to their work.”

Among other ugly things, this statement raises the specter of Casa de Maryland spying on the children of Minutemen at their homes and stalking them to determine where they go to school.

The threat to target the children of Minutemen was issued in response to the formation of the Maryland chapter of MCDC and its plans to observe day labor centers in the state and report employers for possible violations of the law by hiring suspected illegal aliens.

Ana Sol Gutierrez of Chevy Chase, Maryland writes for Casa de Maryland and is a Democrat representing District 18 in the House of Delegates. 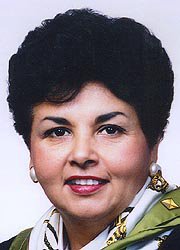 Ana Sol Gutierez has been a democratic member of House of Delegates in Maryland since January 8, 2003.

Traction Control has several links on this story.

Right Wing News reports where the group gets its money.