One simple comparison of a political candidate’s popularity is the number of people supporting that candidate.  When using this comparison in recent US and Brazilian elections, it is easy to see who the winners were and who were not.

In 2020, Joe Biden was awarded the Presidency based on corrupt and uncertifiable results in multiple states.  But enthusiasm and crowd sizes painted a very different picture.

Above you can see President Trump’s 2016 Inauguration crowd compared to Joe Biden’s in 2020.  President Trump received 12 million more votes in 2020 and yet Biden was awarded the Presidency.

We compared Trump to Biden rallies between Labor Day and Election Day in 2020 and the results were shocking. President Trump entertained 1.1 million rallygoers to Biden’s less than 2,000.

Yet we are suppose to believe that the 2020 Election was legitimate and Joe Biden won.  Since then we’ve uncovered truckloads of evidence that the election results in 2020 should have never been certified.

We saw the same issues occur in the 2022 election where the GOP was supposed to win in a red wave but barely earned enough votes to win the House.  There are things very wrong with our election systems.

The same can be said for Brazil.

In the recent election, the socialist Lula somehow won.  The legally required information that is to be provided to the military for its final report is missing.  Mathew Tyrmand has mentioned this saying that it is being withheld because it will prove that Lula didn’t win the election and the final results were manipulated.

We can see this when we look at Lula’s recent inauguration.  In fairness, it does look bigger than Biden’s (see above).

But compare the tiny size of Lula’s inauguration to the size of the protests for Bolsonaro.  The differences are staggering.  The crowds that support Bolsonaro can be seen above and in additional photos. 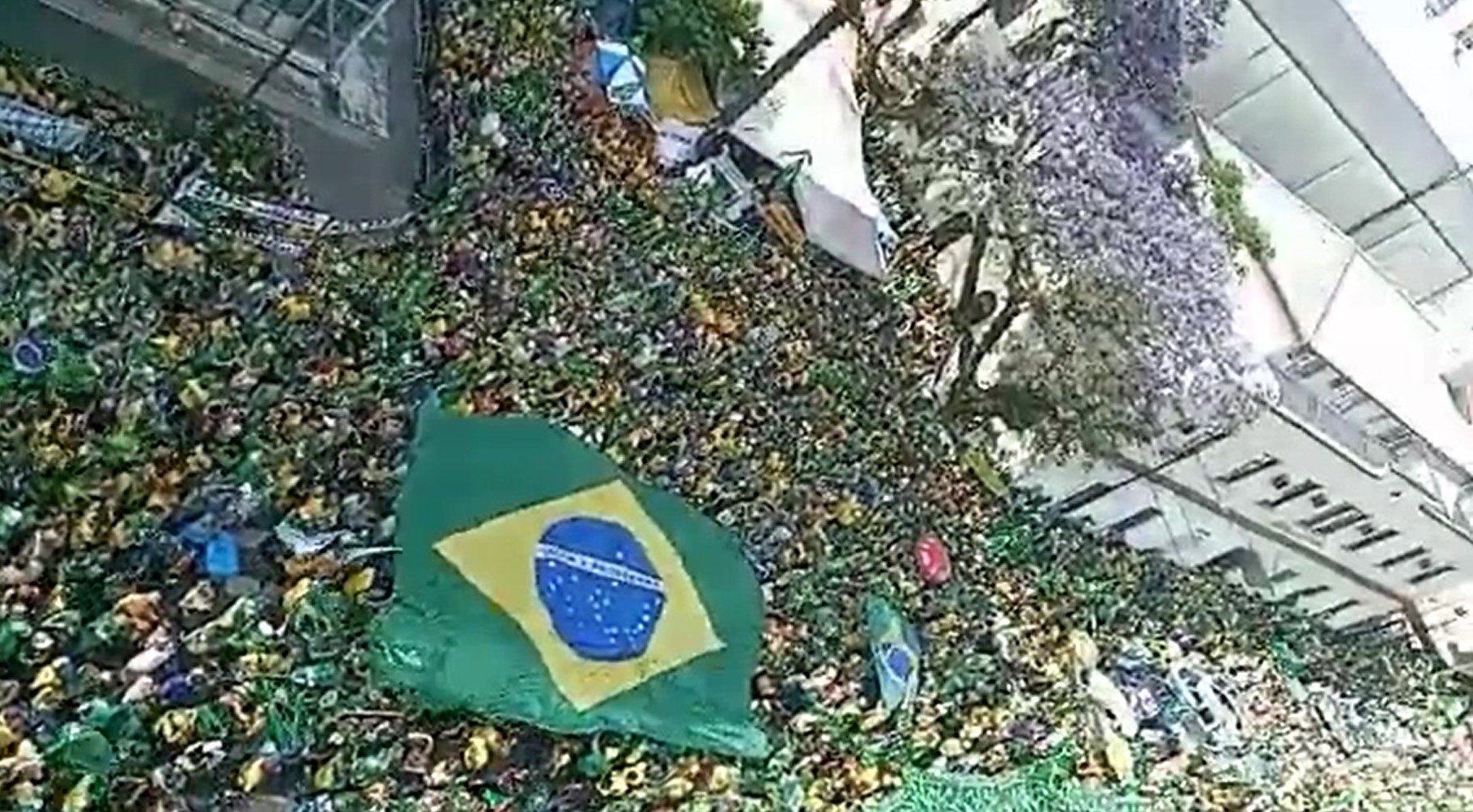 There is no comparison.

Trust your senses.  That’s why God gave them to ya.