One of the most bizarre parts of the Biden administration is the phony White House set they created.

It was used for Biden to get his booster shots:

“I’m Not Sure Why I’m Doing it on Stage” – Biden Rolls Up His Sleeve, Gets ‘Second Booster’ Shot on Fake White House Set (VIDEO)

It was used by Biden to deliver a pre-recorded speech for Martin Luther King, Jr.:

He’s Getting Worse – Joe Biden’s MLK Jr. Speech was Delivered from Fake White House Set and It Was Prerecorded

It was used for a meeting with business leaders: 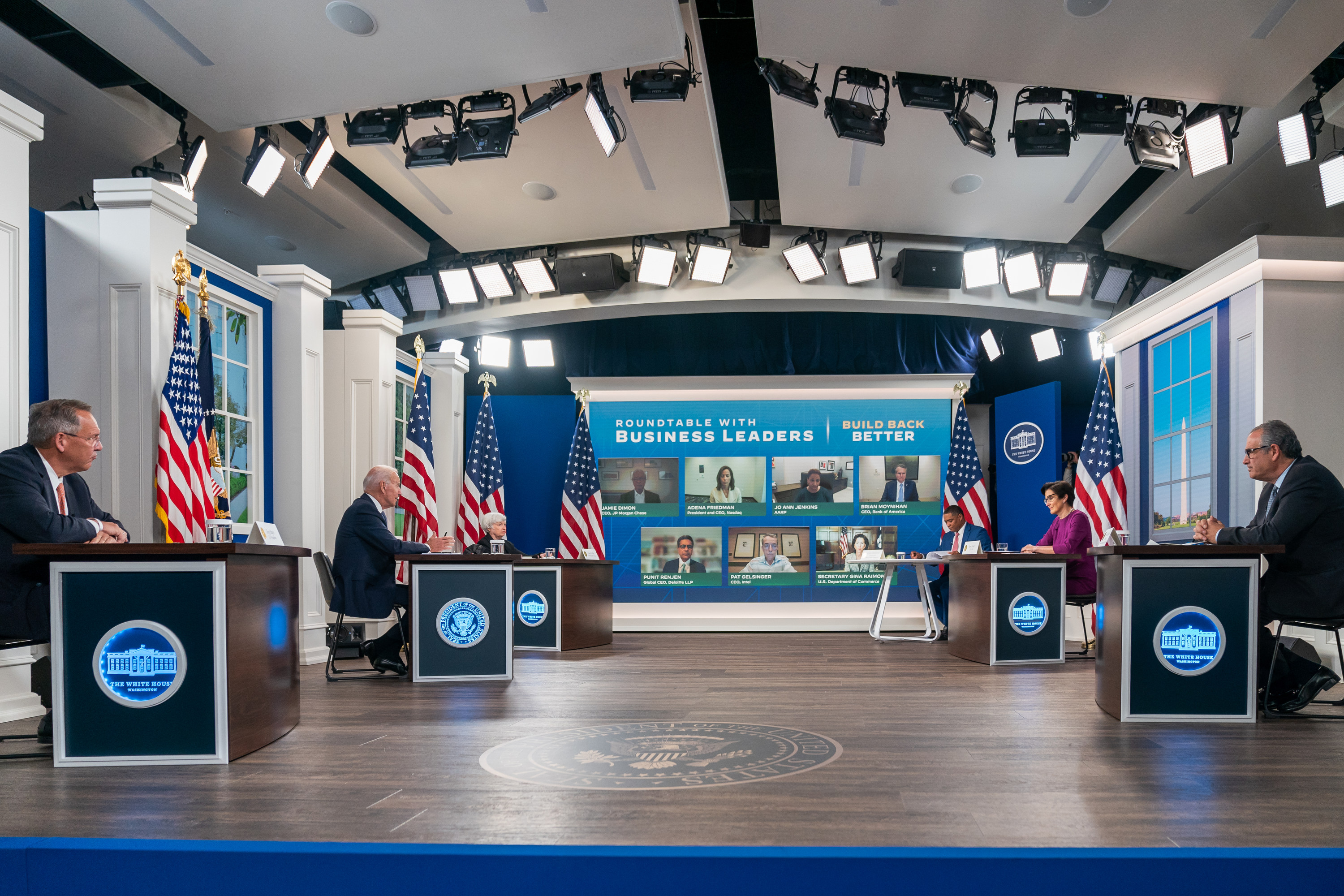 We now have an in-depth look at the fake set on video.

I’m never speechless but this is insane! Can you imagine if Trump had a little stage set built for him to mimic the White House?
President Trump worked in the real White House took hard questions & didn’t use sticky notes! Shame on the media for keeping it silent. @Thatdoll86 pic.twitter.com/NyHL3vOSIk

Former Trump adviser Stephen Miller gave his thoughts on why the fake White House set is being used.

Miller pointed out that being in the fake room allows Biden to read off a script easier.

A “face-on monitor” would also would be hidden from the cameras.

And for Biden apologists making the incredibly asinine observation that you can read monitors in other rooms: yes, for formal addresses. WH created this bizarre set-up to create illusion that Biden’s running a normal human *meeting* when he’s actually delivering a scripted text.

Why is the Media allowing Biden to use a fake White House set?