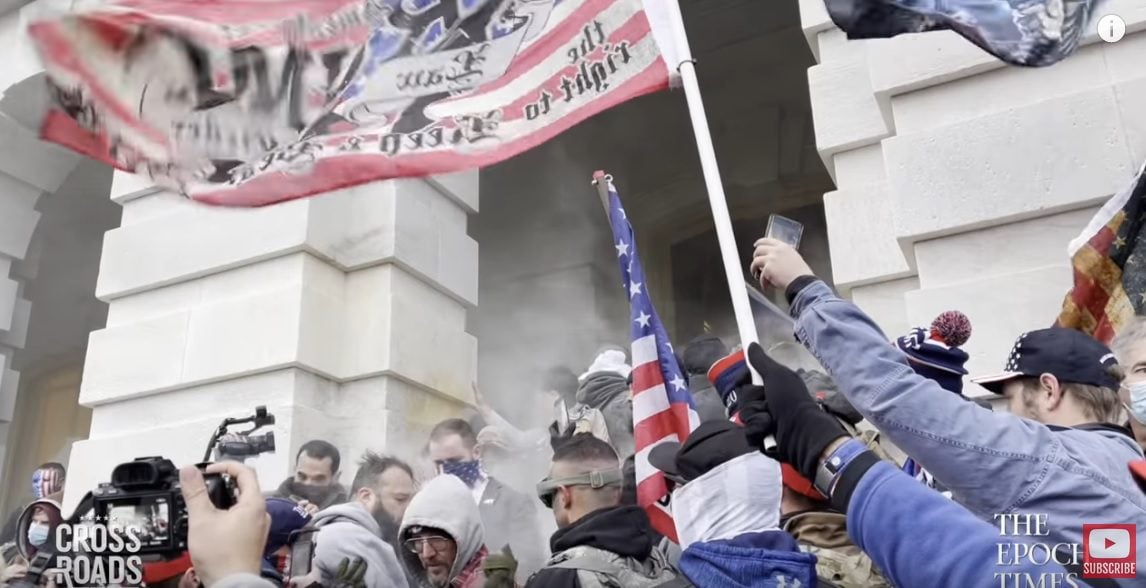 Award winning journalist Michael Yon was at the US Capitol on January 6th and he claims the provocateurs at the event were clearly Antifa.

We last saw Yon at the protests in Hong Kong.  He forwarded us pictures and a video of the events there in July 2019.  Yon was inside Hong Kong’s Legislative Building the night protesters there damaged the the building.

Yon was also at the US Capitol on January 6th.  Yon shared the following:

What we’ve seen so far and being physically present, Antifa clearly led the attack.  That was utterly obvious.  For instance outside during part of the attack, when there was much gas fired and rubber bullets, I’m not sure about that.  They were throwing flash bangs, that’s clear we were right there.  There was a lady on the mega phone saying ‘send up the mask, send up the mask’.  She said it over and over and so on our video and others, that’s a clear Hong Kong tactic that I’ve never seen in any other war and conflict.  Which is Hong Kongers would constantly say, send up water, send up mask, send up shields.”

Trump supporters do not hate cops.