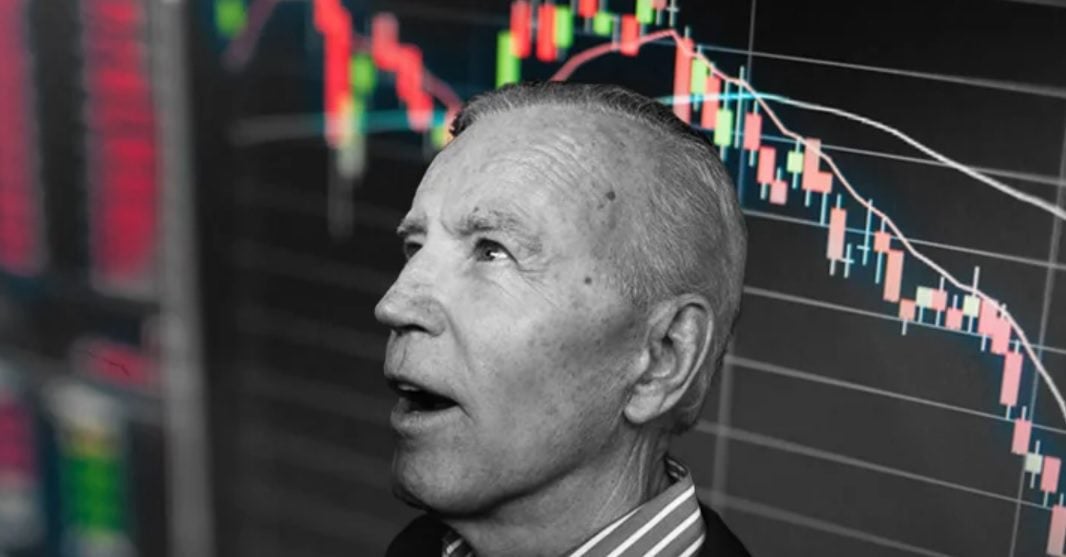 Everything Biden touches becomes a nightmare.  Biden’s economy is a disaster.

Yesterday the FED announced that it was going to raise rates another 50 basis points (half a percent).  This will further slow down the already recessionary economy.

This morning it was reported that retail sales in November were down in November by more than experts expected.

US News and World Report reported on this morning’s retail sales results.

Earlier this week, current measurements on inflation were released.  The Biden Administration were happy because the rate is down since earlier this year but inflation is still at 40-year-highs.  This is nothing to brag about.  It’s a disgrace.

Inflation Rate Up 7.1% In November from One Year Ago – Still the Highest Rates Since 1982 – Joe Biden Calls This “Progress”

The markets responded this morning to the latest dreadful news.  As of 10:30am Eastern time the DOW was down 2% or 700 points.  Year to date the markets are down 10%.