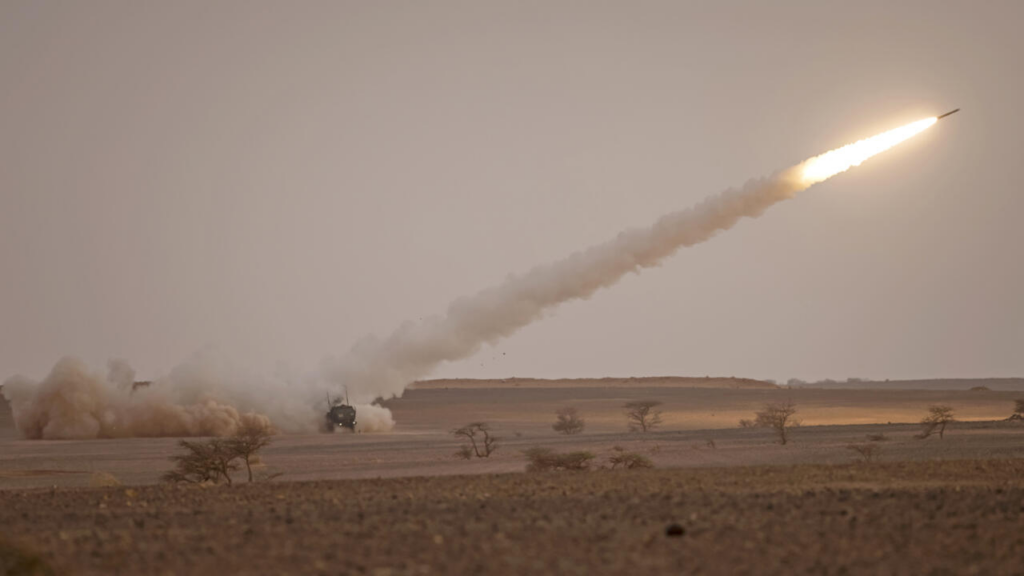 Not to beat a dead horse, but most of the world has a delusional image in their head of the war in Ukraine. As I have written previously, much of the fault lies with Hollywood, which through a plethora of movies has conditioned the masses to think of war as the conquest of critical territory. But that is a misleading image when it comes to Ukraine. Yes, there are strategically important pieces of territory that must be captured or defended, but there also are vast swaths of plains (we call them prairies here in the United States) that are tactically difficult to control and, if you succeed in capturing an area of land, you create a problem of how to defend it.

Please take a look at the following video with this in mind. Although the video shows how Russia’s Wagner Group is building defensive lines, please focus on the general landscape rather than the work of the engineers:

Russia has a decisive advantage over Ukraine when it comes to battling for this territory, even though it ceded some of it a few weeks ago to advancing Ukrainian troops. Why? Because Russia’s air force is still intact and can be used to attack massed Ukrainian units. Ukraine’s air capability has been eviscerated. Russia also enjoys a lopsided advantage in tanks. In case you have any doubts, the video above shows quintessential tank country.

At the beginning of its full-scale invasion in Feb., Russia had around 3,330 operational tanks (2,840 with the ground forces, 330 with its naval infantry, and 160 with its airborne forces), according to the Military Balance 2021 database. . . .

However, Russia still has some 2,000 battle-ready tanks at hand, as well as an enormous amount in storage.

Tank battles on rolling plains is great grist for a Hollywood blockbuster, but the real peril for Ukraine has been on display over the last two days–Russia’s hypersonic missiles, cruise missiles and air launched rockets mangling power nodes and military headquarters throughout Ukraine. The Russian strikes in the last two days significantly degraded Ukraine’s ability to supply electricity and critical heat to its major cities. The attacks also are disrupting Ukraine’s cell phone network and its ability to move troops and equipment from the west to the frontlines in the east.

Ukraine does not have a comparable capability to counter the Russian attacks. Moreover, the Russian missile barrage has highlighted the weakness, if not absence, of Ukraine’s anti-missile defense system. It is neither a mistake nor a coincidence that Russia’s strikes in major Ukrainian cities–more than 100 missiles– caused very few human casualties, especially on the civilian side of the ledger. Despite Ukrainian claims that Russia’s strikes killed civilians, the evidence suggests otherwise–Ukraine’s own anti-missile system failed to intercept the Russian targets and then fell to earth and hit apartments and schools.

What is the United States and NATO going to do? Immediately deploy the Iron Dome anti-missile system? Unfortunately, these Western anti-missile systems are not designed to defeat the missiles Russia is launching. Then there is the logistics problem–i.e., getting those systems deployed and training personnel to operate them. This will take weeks, if not months. And Ukraine does not have the luxury of time in this regard. Making matters worse, the United States and NATO do not have the reserves to quickly resupply Ukraine:

The United States will soon be unable to supply Ukraine, as it has up to now, with the sophisticated equipment essential for its defense against Russia as its reserves are reaching their limits, especially in terms of ammunition. . . .

But US stockpiles of certain equipment are “reaching the minimum levels necessary for war and training plans” and getting weapons stockpiles back to pre-invasion levels could take years, Mark Cancian wrote in a recent analysis. of the Center for Strategic and International Studies.

Washington is “learning lessons” from the conflict about ammunition needs in a very powerful war, and that it is “much larger” than expected, said a US military official who requested anonymity.

Then there is the nightmare scenario for Ukraine and NATO of Russia invoking the Collective Security Treaty Organization (CSTO) and Russia asking Belarus to join the fray. Russian and Belarusian troops already are gathering on Ukraine’s northern border. Whether this is a bluff by Russia or genuine preparation for opening a new front in the north, the massing of forces requires Ukraine to deploy already depleted forces to the northern border. This will weaken Ukraine’s ability to hold off a Russian offensive in Kherson and Zaporhyzhia.

I believe that the events during the next five weeks will create a crisis within NATO and the United States. If Russia seizes the initiative and moves in force against Ukrainian units, NATO will not be in a position to rescue Ukraine from defeat on the battlefield. Any further intervention by NATO will make it, in the eyes of the Russians, a legitimate military target.

Compounding the military challenges confronting the United States and NATO, there are the economic and political headwinds. Joe Biden is likely to lose control of the House of Representatives and the Senate. If this happens, he will no longer have a congressional ally eager to keep shoveling money and weapons into Ukraine. The economic conditions throughout Europe of inflation and shuttering businesses will fuel more domestic unrest and diminish enthusiasm for keeping Ukraine afloat.

When you take all of these factors into consideration, the conclusion is clear–Russia enjoys a strategic and tactical initiative that will be difficult to surmount. Conversely, NATO is in trouble.