Micky Dolenz, the last surviving member of The Monkees filed a Freedom of Information Act lawsuit against the FBI regarding the file of the legendary rock band.

According to the filing, the lawsuit “is designed to obtain any records the FBI created and/or possesses on the Monkees as well as its individual members.”

The last surviving member of The Monkees is suing the FBI for full access to the agency’s file on the legendary rock ‘n’ roll band.

George Michael Dolenz, Jr., better known by his stage name, Micky Dolenz, filed a Freedom of Information Act (FOIA) lawsuit in the U.S. District Court for the District of Columbia on Monday.

Dolenz filed a FOIA request in early June of this year. In that request, the FBI “was provided with relevant search times to apply (as a starting, not ending, point), and was specifically directed to process all redacted information within the seven pages of records posted to its website, as well as tasked to search” additional “files/systems as potentially containing responsive records,” according to the lawsuit.

A redacted part of the Monkees’ FBI file was previously released.

“that “The Monkees” concert was using a device in the form of a screen set up behind the performers who played certain instruments and sang as a “combo”. During the concert, subliminal messages were depicted on the screen which, in the opinion of [redacted] constituted “left wing innovations of a political nature.” These messages and pictures were flashed of riots, in Berkley, anti-U.S. messages on the war in Vietnam, racial riots in Selma, Alabama, and similar messages which had unfavorable response [sic] from the audience.” 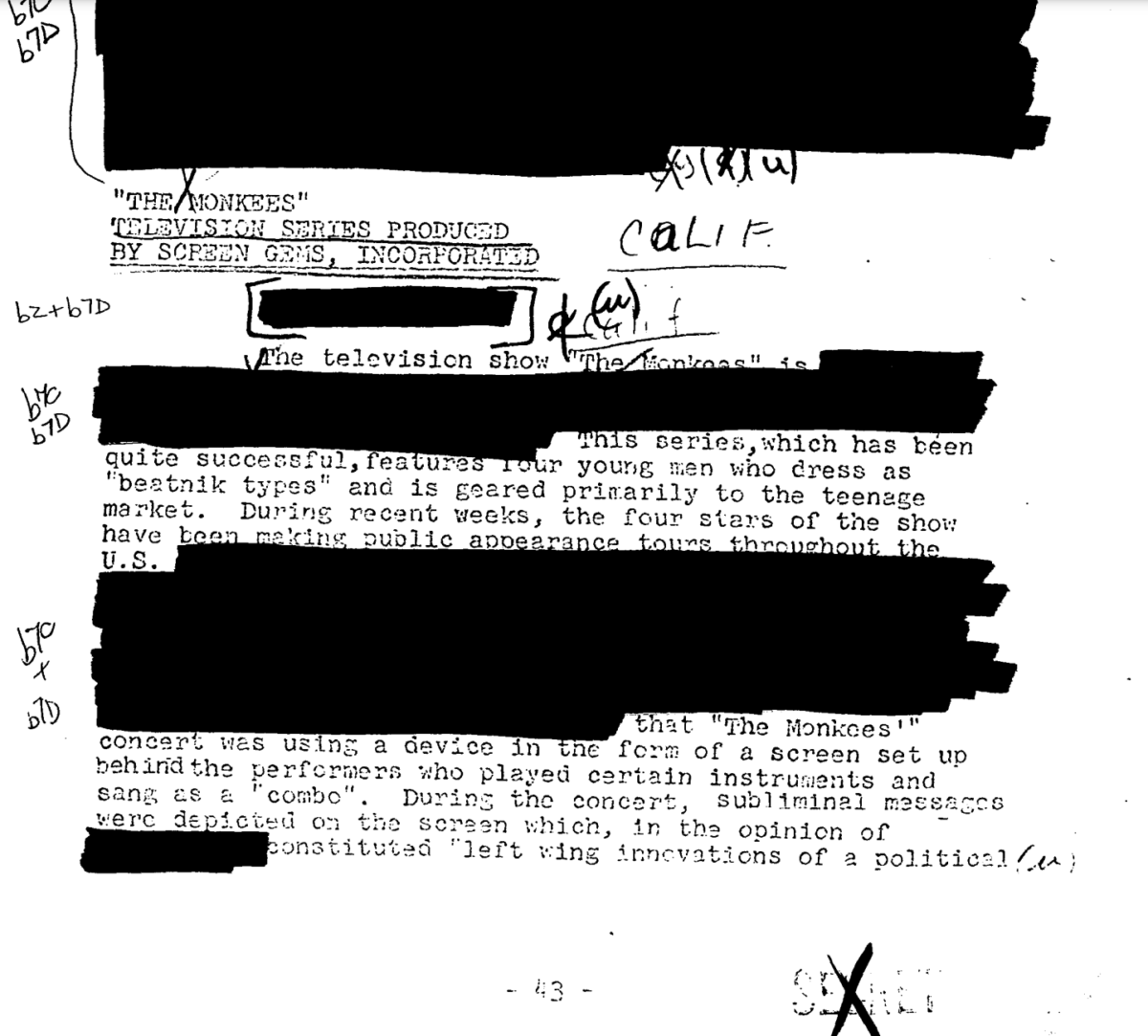