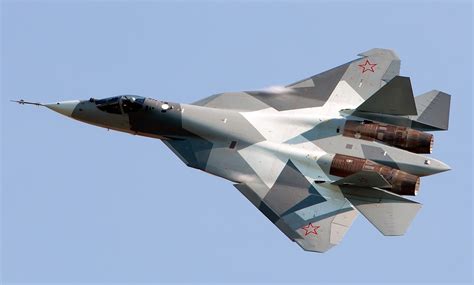 Folks love combat air. Just look at the crowds flocking to see the latest Top Gun. There has been tension between ground forces and air forces since World War II over who packs the biggest punch. During World War II, the Commanders of the 8th Army Air Force (back then the U.S. Air Force was part of the U.S. Army and did not become a separate command until after the war) insisted they could win the war by bombing Germany into submission. Turned out they were wrong, but that belief persisted into many subsequent conflicts.

The reality is that wars against a first world power requires the coordinated use of infantry, tanks, artillery, missiles, combat air–fixed and rotary wing–intelligence, electronic warfare and strong logistics. Short of dropping a nuclear bomb or missile, war is a complex operation.

With that prelude, I want you to step back and look at what is happening in the Donbas. Russia has air supremacy. Here is the definition:

How do we know? Russia is flying unchallenged. There are no Ukrainian planes taking off to shoot down Russian aircraft. This is not a Putin talking point. It is a fact. Here is a video showing a series of Russian combat flights over the Donbas. Note they are flying close to the terrain. Why? Because Ukraine still has some surface to air missiles that could be effective against air craft flying 1000 feet or higher.

This is just one component of the Russian offensive. These pilots are being directed by intelligence collected real time from satellites, drones and ground observers. They are not operating in isolation. It is a combined arms operation.

What about Ukraine? The Ukrainian troops on the ground are hunkered down in trenches and bunkers. They cannot call for air support because it has been eliminated. How do I know? I cannot find a single video in the last four months of a squadron of Ukrainian pilots attacking Russian positions. You see, the Russians have a robust air defense system that deploys with mechanized and infantry units.

Ukraine has been trying to rebuild its meager air force but is running into some difficulty. According to the Russian Ministry of Defense’s Thursday briefing:

High-precision weapons of the Russian Aerospace Forces have hit 5 combat aircraft of Ukrainian Air Force at Mirgorod military airfield in Poltava Region. 1 Su-27 and 1 Su-24 have been destroyed. Another 2 Su-27s and 1 Su-24 suffered critical damage. The enemy’s casualties in manpower were up to 30 Nationalists.

Without a credible air capability, Ukraine is incapable of launching any kind of ground offensive to oust Russians from Kherson or any other piece of territory controlled by Russia. If Ukraine is able to cobble together a regiment or two, supported by a tank battalion, the Ukrainian force will run into a wall of fire from Russian artillery, drones, missiles, helicopters and jet fighters. That is a suicide mission and I cannot understand why many of the military pundits populating the U.S. airwaves are afraid to acknowledge this reality. It cannot be ignorance. There is too much information on the internet that contradicts the flood of propaganda from western media and government sources insisting that Russia is stalled or losing. It is not.

There is a representative and egregious piece of disinformation was published on August 24 in Vox by Zack Beauchamp. He writes:

More recently, however, the momentum has started to swing back to the Ukrainian side. Western military aid — most notably an American rocket artillery system called HIMARS — has helped level the artillery playing field and wreaked havoc on Russian supply lines. Today, experts aren’t asking whether Ukraine will launch a counteroffensive aimed at retaking Russian-held territory, but when it will start and where it will focus.

Whether this means Ukraine is now “winning,” however, is a somewhat more complicated question to answer. We don’t know that the upcoming counteroffensive is likely to succeed; it depends on factors about which we have limited evidence, like Ukraine’s ability to conduct so-called “combined arms” offensive operations (ones that employ multiple components of military power simultaneously to accomplish a particular goal). Some important quantitative metrics, like the size of their respective ammunition stockpiles, are hard to estimate based on publicly available information. At this point, even leading experts on the conflict find it difficult to assess with real confidence who’s winning on the battlefield.

These guys and gals have one job–persuade the American people that they should continue to support sending billions of dollars in military gear and financial aid to Ukraine. Once the American people wake up and realize this is now a fool’s errand, the bamboozle will be over. But not completely. The propaganda campaign has poisoned future prospects for normal relations with Russia. A return to diplomacy appears as likely as a Ukrainian offensive to retake Crimea. It is not in the cards.