Dem Rep Katie Hill resigned back in 2019 after it was exposed that she engaged in a “throuple” relationship with her former husband and a former staffer. Nude photos were included in the leak.

She sued The Daily Mail and two conservative journalists for publishing the photos.

Her lawsuit was unsuccessful and she was ordered to pay $220,000 in attorney fees.

Hill accused them of violating the law by publishing intimate pictures without her consent. The lawsuit was thrown out earlier this year on First Amendment grounds.

She has now filed for bankruptcy.

Hill later sued the journalists and news outlets involved in the reporting, arguing they violated her right to privacy. However, a California state court sided with the defendants in that case. They invoked a California law and argued Hill’s lawsuit sought to punish them for asserting their First Amendment constitutional rights to speak freely.

She released a statement blasting the ruling and explaining why she was filing for bankruptcy. 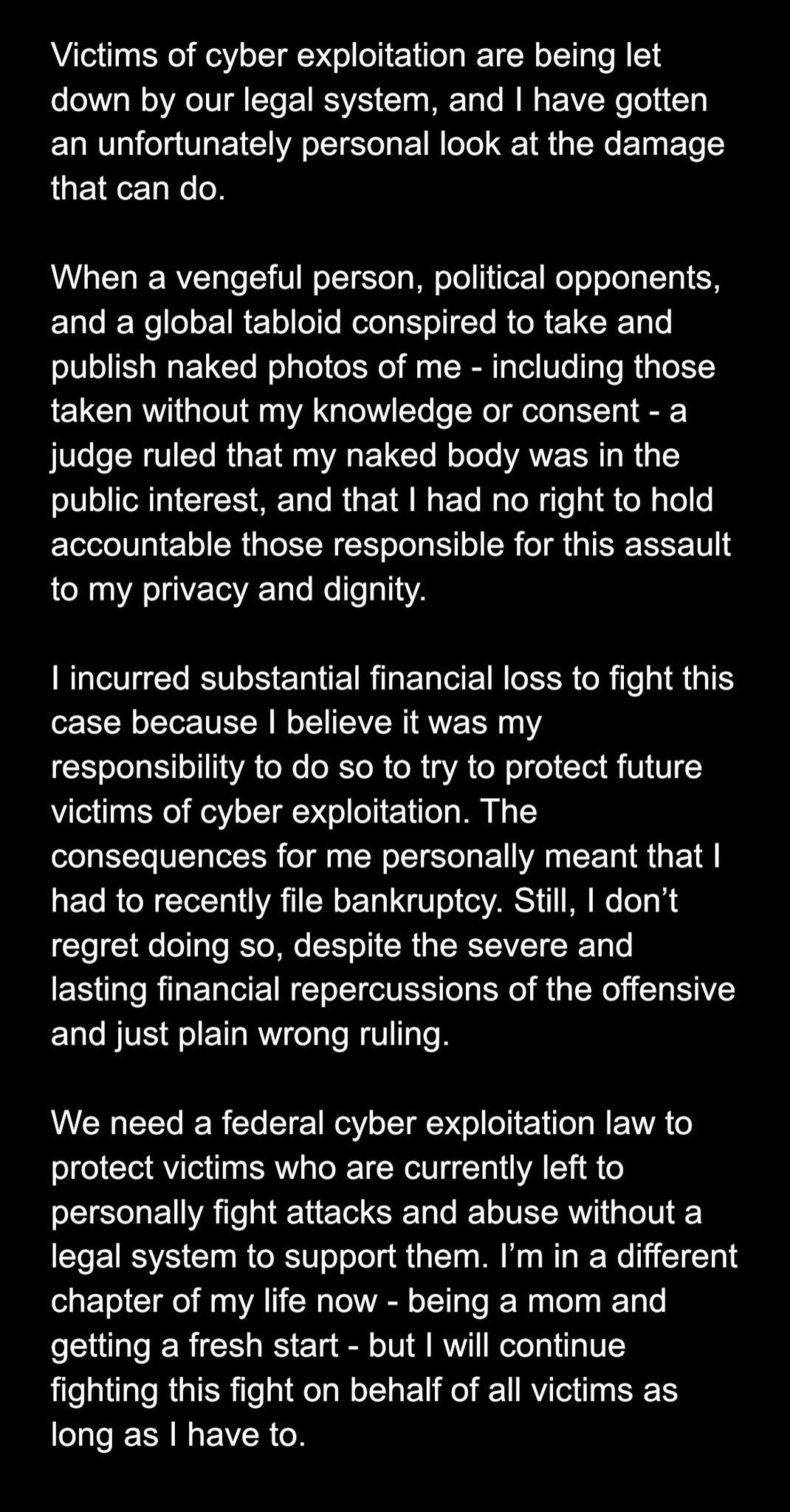