A new police report that was exclusively obtained by The Epoch Times has proved that “plainclothes” members of a special law enforcement Electronic Surveillance Unit (ESU) were secretly embedded among protesters for the purposes of conducting video surveillance on January 6th.

The newly uncovered report, titled First Amendment Demonstrations, was issued on Jan. 3, 2021, by DC Metropolitan Police Department (MPD) Chief of Police Robert Contee under the Homeland Security Bureau’s Special Operations Division. It detailed the MPD’s response to the planned MAGA protest, which included specifics about covert operations that occurred on and leading up to January 6th.

According to the never-before-seen report, the MPD began its preparations by activating Civil Disturbance Unit (CDU) platoons, which are specially trained groups of officers (K-9 unit, Air Support, etc.) who respond to “protests, demonstrations, and civil disturbances,” on Jan. 4, 2021, with the full activation of 28 of these platoons scheduled to occur over the next two days. Despite not being listed as one of the 37 CDU platoons on MPD’s roster, the Electronic Surveillance Unit was also activated to work the crowd covertly during the protest.

Included in this group were an unknown number of “plainclothes” MPD CDU “members” who were embedded into the crowd and tasked with “document(ing) the actions of the demonstrators and MPD’s response to any civil disobedience or criminal activity,” the First Amendment Demonstrations report revealed.

In order for other law enforcement personnel to recognize the undercover ESU members, they were given a rainbow-colored “bracelet” to wear “on their left wrist” for easy identification.

Photo via The Epoch Times: 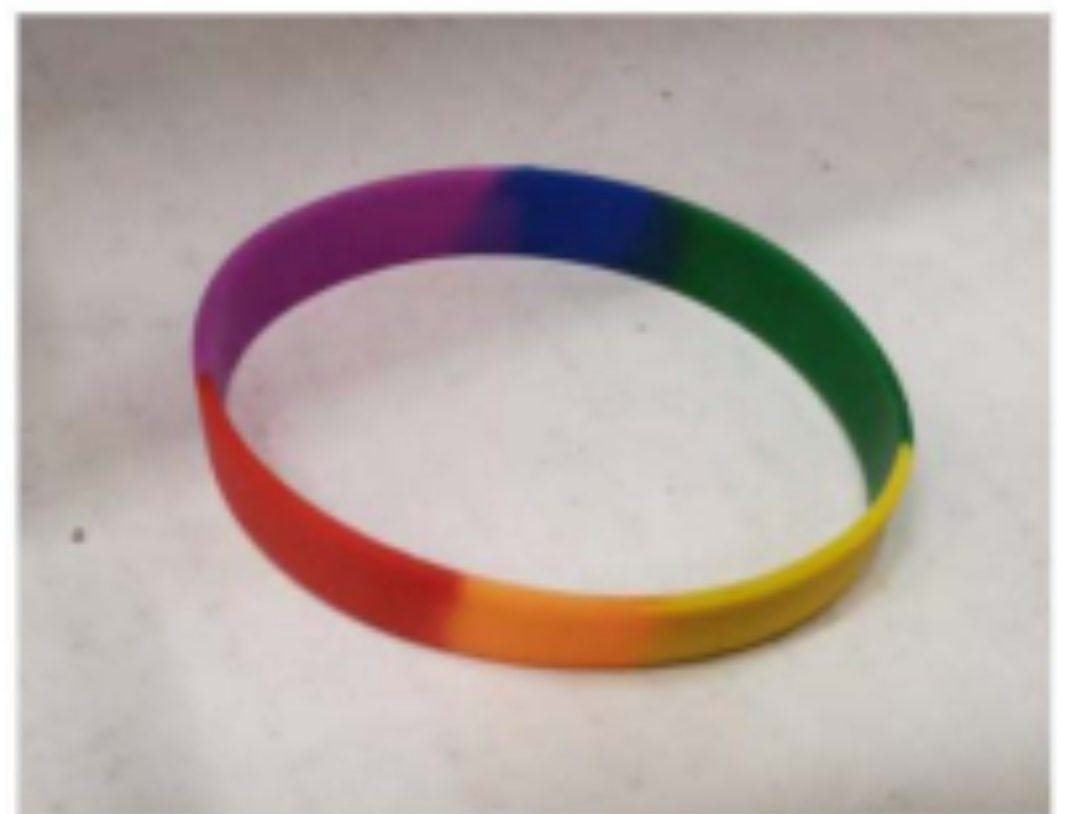 According to the Epoch Times, which reviewed the report, it is unknown exactly who the “members” of the MPD ESU were. However, they do point out that the report refrains from ever referring to them as “officers” or “police.” All in all, the outlet concludes that the evidence shown in the report indicates “a day of security deficiencies and police provocation for the purpose of entrapment,” which is right in line with other evidence that has come out since that day.

While there is growing speculation that federal agents and Capitol Police were involved in instigating acts of violence during the Jan. 6, 2021 protests and recording responses for the purposes of entrapment, evidence now proves that “plainclothes” members of a special Electronic Surveillance Unit (ESU) were embedded among the protesters for the purposes of conducting video surveillance. Evidence also points to a day of security deficiencies and police provocation for the purpose of entrapment.

At the very least, the MPD conducted what likely amounts to an illegal surveillance operation against law-abiding citizens of the United States. When you add in the fact that there is mounting evidence of Federal agents who were also embedded in the crowd as agent provocateurs (Ray Epps, NWScaffoldComander, etc.), this is becoming as clear cut of a case of entrapment as there ever was.

Senior analyst for Strategy at the Center for Security Policy J. Michael Waller, who spoke with The Epoch Times about the new police report, has been saying as much since the very beginning of the bogus “insurrection” narrative. Just days after January 6th, Waller published a first-hand account of the protests, in which he noted that the event was “an organized operation planned well in advance of the January 6 joint session of Congress.”

As for this new evidence, Waller is convinced the MPD illegally subverted the traditional process law enforcement operations must adhere to when conducting surveillance – like securing a warrant or adhering to the Constitution.

You know, the trivial stuff.

Even more concerning, Waller stressed, is the fact that the report refrains from calling these surveillance operatives “officers,” which could indicate that law enforcement agencies are employing private contractors or even political volunteers to carry out their dirty work.

From Waller, Via The Epoch Times.

“While it is admittedly an important type of unit to have in the nation’s capital, electronic surveillance requires warrants,” Waller told The Epoch Times. “The word surveillance itself implies intrusive rather than passive monitoring of people, in which case it would be required for the police to get warrants to conduct electronic surveillance on people. What kind of warrants were asked for and under which jurisdiction? Were they issued? If not, why? Are such warrants necessary for the type of surveillance this unit was doing and how does it work? This raises a huge amount of questions about an entirely new kind of surveillance unit by the police chief of the nation’s capital.”

Waller also said the reference to “members” of the unit, as opposed to “officers” or “agents,” is also very disturbing. While he said “the rest of the memorandum sounds very disciplined in it’s language and specific,” that it doesn’t identify “officers” as members of the Electronic Surveillance Unit “is very troubling.”

“Are they using private contractors? Are they using political volunteers?” Waller posed. “Are using paid agents of different types? We don’t know. This is something the public has a right to know and we need to get to the bottom of it. If the D.C Police is running electronic surveillance on American citizens without warrants, this could be a very serious breach of our civil liberties.”

Meanwhile, Pelosi’s hack committee, which is supposed to be investigating the events of that day, is still riding high on the crusade to punish their political opponents for dissenting from the approved narrative – hundreds still sit in federal holding cells in the DC Gulag to this day.

Unfortunately, real evidence, like what was released in this report, will never make Pelosi’s primetime show trials.

To read the full Epoch Times analysis on the new MPD police report, it can be found here.

The Gateway Pundit previously reported on FBI operatives in the crowd on January 6th.