Kamala Harris is the Wile Coyote of the Biden Administration. Every time she tries to catch the ever elusive Road Runner of political credibility she shoots herself in the foot or has an explosive cigar detonate in her face. Her latest gaffe is hilarious. Kamala Tuesday tweet was a lame attempt to celebrate the so-called Biden infrastructure bill:

A tweet Tuesday from Harris’ official VP account praised the recently passed $1.2 trillion infrastructure spending package. At the same time, a snowstorm walloped the region, causing a tractor-trailer pileup that had people stuck in the cars on I-95 overnight.

“Because of the Bipartisan Infrastructure Law, America is moving again,” Harris’ tweet said. “That’s what infrastructure is all about: getting people moving.”

The snowstorm that hit Northern Virginia paralyzed traffic on I-95 just south of Washington, DC and shutdown both north and south bound lanes. Democrat Senator Tim Kaine spent 19 hours stuck in a traffic jam that extended 50 miles north and south. Nothing was moving except the shivering drivers stuck in their cars. At the same time, AMTRAK was frozen:

An Amtrak train heading through Virginia was stranded on the tracks as a crippling winter storm had passengers waiting almost 40 grueling hours before the trip resumed.

People aboard the Crescent 20 out of New Orleans said they were without food or toilets – or any idea about when their journey would resume before it finally did at around 4 p.m. Tuesday, the Atlanta Journal-Constitution reported.

“All we’ve been told is there are trees on the tracks preventing us from moving forward,” rider Sean Thornton said during the extended stop.

“Nobody has eaten for about 20 hours and the toilets in coach are completely backed up. The snack bar sold out of food yesterday. Passengers have been banned from leaving the train.”

The only thing moving on that train were peoples’ bowels and they had no where to find relief (unless they jumped off the train to squat in the woods). 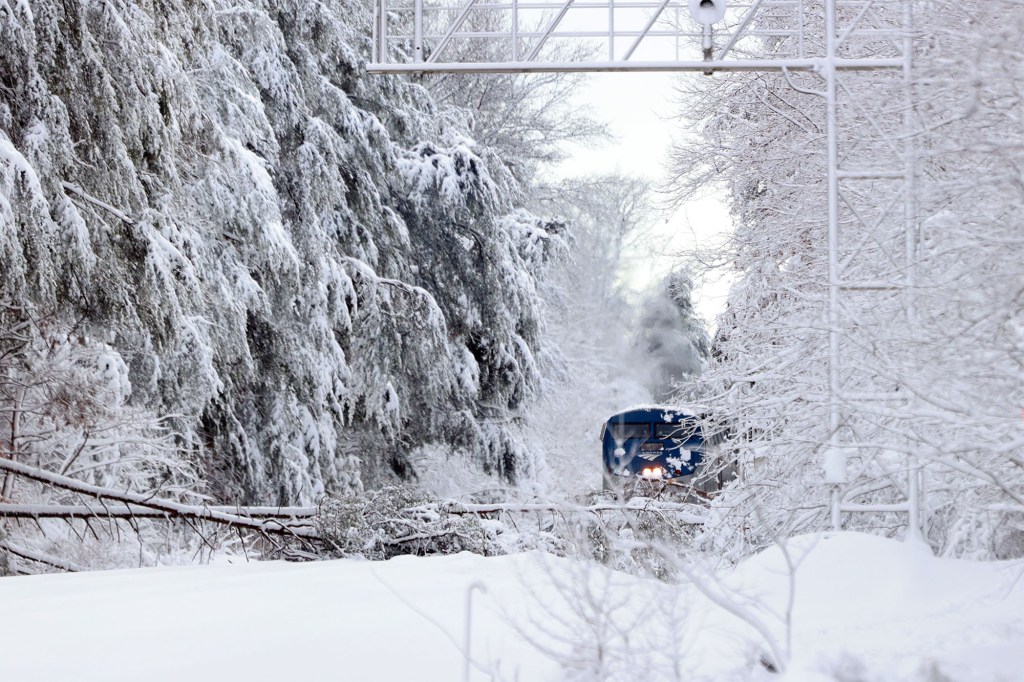 The talentless, Trump hating pundit Jonah Goldberg proved he is a moron (FOX made a wise decision to dump this clown). He jumped on twitter to blame Republican Governor-elect of Virginia Glen Youngkin for this debacle:

Jonah Goldberg, . . . said on Twitter that “If I was Glenn Youngkin I’d be flooding the zone to get this I-95 crap fixed. DC suburbs are vengeful about this kind of thing.”

Youngkin is not the Governor. His inauguration takes place in two weeks. Maybe Goldberg and Harris sat outside in the snow too long and their tiny brains froze. Comedy gold.

One final observation. Just imagine what would have happened if all the drivers were sitting in electric vehicles. They would have run out of juice and had no way to keep warm. Thank God for petrol.

Larry Johnson
Mariupol’s Final Ukrainian Chapter, Russia Writes New book
The Scene from Philadelphia - While Our Leaders Send Billions to Ukraine (VIDEO)
The Art of Disinformation--Western Lies About the War in Ukraine
China and Mexican Drug Cartels Helped Murder 339,849 Americans and Most Politicians Do Not Care
Ukraine Cuts Off Gas to Europe and the Inflation Double Whammy
See more...