The Holocaust is back in the news thanks to the stupid commentary of Whoopi Goldberg and the actions of a weak-minded school board in Tennessee. Let’s start with the McMinn County School Board, which voted unanimously on Jan. 10 to remove Art Spiegelman’s book, “Maus,” from classrooms. What is Maus? It is a comic book but it is not funny:

it depicts Spiegelman interviewing his father about his experiences as a Polish Jew and Holocaust survivor. The work employs postmodernist techniques and represents Jews as mice, Germans as cats, Poles as pigs, Americans as dogs, the English as fish, the French as frogs, and the Swedish as deer. Critics have classified Maus as memoir, biography, history, fiction, autobiography, or a mix of genres. In 1992, it became the first (and to date only) graphic novel to win a Pulitzer Prize (the Special Award in Letters).

The extermination camps the Nazis set up in Poland–Auschwitz/Birkenau, Belzac, Chelmno, Majdanek, Sobibor and Treblinka–were charnel houses of pure horror created for the express purpose of exterminating Jews, gypsies, homosexuals and other undesirables. But Jews were the primary target.

The McMinn County School Board proved themselves to be a clot of juvenile morons. They failed to comprehend that if you are going to teach about the Holocaust you cannot whitewash it or turn it into a Disney musical. Human beings were tortured and murdered because they were Jews. They were stripped naked and incinerated into ash after suffocating in gas chambers. There is no easy way to tell this tale.

The good news is that this crazed, ignorant effort to cancel history has backfired. Sales of Maus are taking off:

“Maus” — the decades-old series of graphic novels about the Holocaust that was banned by a Tennessee school board last week — has skyrocketed to the top of an Amazon bestsellers list.

More than $83,000 also has been raised so far to give free copies to students.

Which brings me to Whoopi Goldberg. Who knew she was such a cretin. She weighed in on the action of the McMinn School Board with this incredibly stupid comment:

“The Holocaust isn’t about race. No, it’s not about race,” Goldberg, 66, said repeatedly. “It’s about man’s inhumanity to man.”. . . “But these are two groups of white people,” retorted Goldberg. “You’re missing the point. The minute you turn it into race, it goes down this alley. Let’s talk about it for what it is. It’s how people treat each other. It’s a problem. It doesn’t matter if you’re black or white because black, white, Jews, Italians, everybody eats each other.”

It absolutely was racial. In Whoopi’s simple world, skin color is the deciding factor. But the Nazis did not make eliminating people with black or dark skin their priority. Jews were the enemy and determining who was and was not a Jew involved genetic sleuthing:

Germany’s racial laws identified a “Jew” as anyone with three or more Jewish grandparents, regardless of their religious identity or practice. Conversions to Christianity were pronounced illegitimate going back two generations, formalizing and instituting Nazi racial theories.

The Nazis published despicable images grounded in the most perverse racism that portrayed Jews as subhumans: 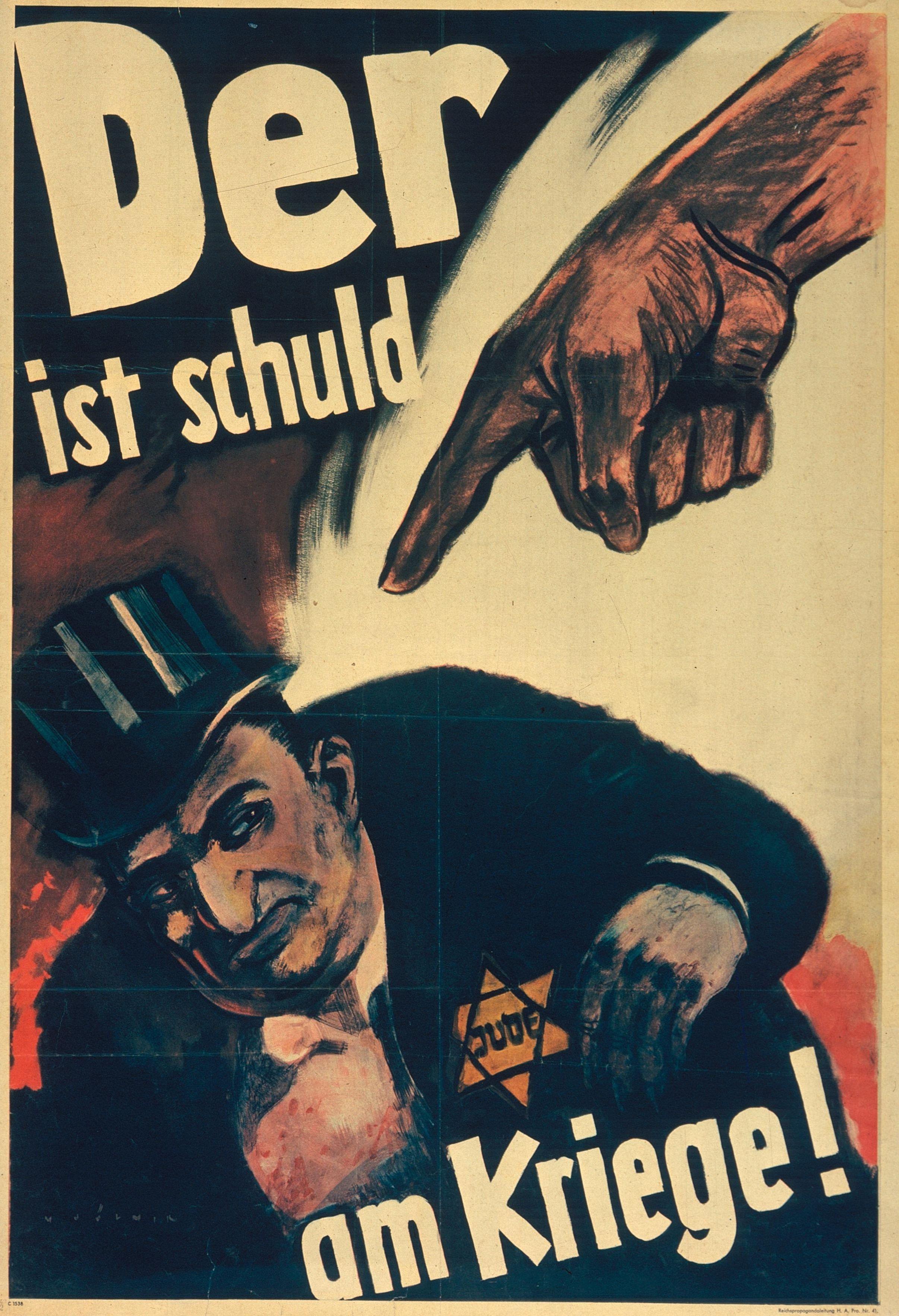 Whoopi, if this ain’t racist then you do not know the meaning of racism.