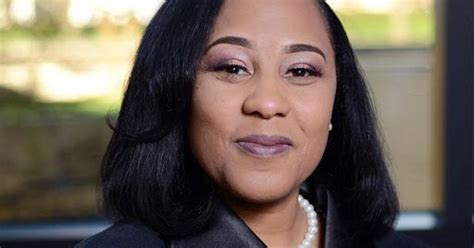 While ignoring mounds of election fraud, criminal and operational issues involved in the 2020 Election, Fulton County Georgia District Attorney Fani Willis has requested that the local Fulton County Court Chief open a grand jury to look into actions by President Trump related to her county.

The Georgia prosecutor investigating possible attempts to interfere in the 2020 general election by former President Donald Trump and others has asked for a special grand jury to aid the investigation.

Fulton County District Attorney Fani Willis on Thursday sent a letter to Fulton County Superior Court Chief Judge Christopher Brasher asking him to impanel a special grand jury. She wrote in the letter that her office “has received information indicating a reasonable probability that the State of Georgia’s administration of elections in 2020, including the State’s election of the President of the United States, was subject to possible criminal disruptions.”

Willis’ office has tried to interview multiple witnesses and gather evidence, and some witnesses and prospective witnesses have refused to cooperate without a subpoena, she wrote. A special grand jury would have the power to subpoena witnesses.

Willis has declined to speak about the specifics of her investigation, but in an interview with The Associated Press earlier this month she confirmed that its scope includes — but is not limited to — a Jan. 2, 2021, phone call between Trump and Georgia Secretary of State Brad Raffensperger, a November 2020 phone call between U.S. Sen. Lindsey Graham and Raffensperger, the abrupt resignation of the U.S. attorney in Atlanta on Jan. 4, 2021, and comments made during December 2020 Georgia legislative committee hearings on the election.

The release of this story and related actions by the local DA appear very suspicious.  For example, the phone call that Willis is referring to has been debunked at length by The Gateway Pundit.  What we found was the corrupt Secretary of State Raffensperger, who certified the obviously faulty results in the 2020 Election, was involved in a manipulated release of the call with the President.

The actions by this DA aren’t for the good of her county, this is just another corrupt Democrat pushing a political agenda.

Joe Hoft
Joe Hoft is the twin brother of TGP's founder, Jim Hoft, and a contributing editor at TGP. Joe's reporting is often months ahead of the Mainstream media as was observed in his reporting on the Mueller sham investigation, the origins of the China coronavirus, and 2020 Election fraud. Joe was a corporate executive in Hong Kong for a decade and has years of experience in finance, IT, operations and auditing around the world. The knowledge gained in his career provide him with a unique perspective of current events in the US and globally. Joe's weekday radio show at Realtalk933.com has received rave reviews. He has ten degrees or designations and is the author of four books. His new book: 'The Steal - Volume One: Setting the Stage' is out now. It addresses the stolen 2020 Election and those activities that led up to November 3, 2020 - please take a look and buy a copy.
@joehoft
"The Conservative Supreme Court Is Just Getting Warmed Up" - Far-Left Liberal Progressives Freak Out Over Recent SCOTUS Decisions
BOMBSHELL: Recent Conference Uncovered Between Government Entities (FBI, DOJ, CISA, and EAC) with Liberal Groups (ERIC, CTCL and Elections Group) and Corporations Like Microsoft - What's Going On?
BREAKING: BIDEN ECONOMY Officially in Recession - Key Fed GDP Tracker Turns Negative
Missouri Governor Parsons Signs House Bill (HB) 1878 - Requires Voter ID - Eliminates Drop Boxes
“The Silent Coup Is a Coup D’état...Carried Out by a Government that Exercises Power in an Unconstitutional Way" Archbishop Vigano Joins Steve Bannon at the War Room
See more...