Trump asked, “how many terrorists are among them?”

He also pointed out that America “is more unsafe now than ever before.”

"Who are all of the people coming into our Country? In addition to the Southern Border, with millions of unvetted people pouring in, we now have tens of thousands of totally unvetted Afghans, who many say are not the ones that should have come in… pic.twitter.com/eWGvSh0uCa 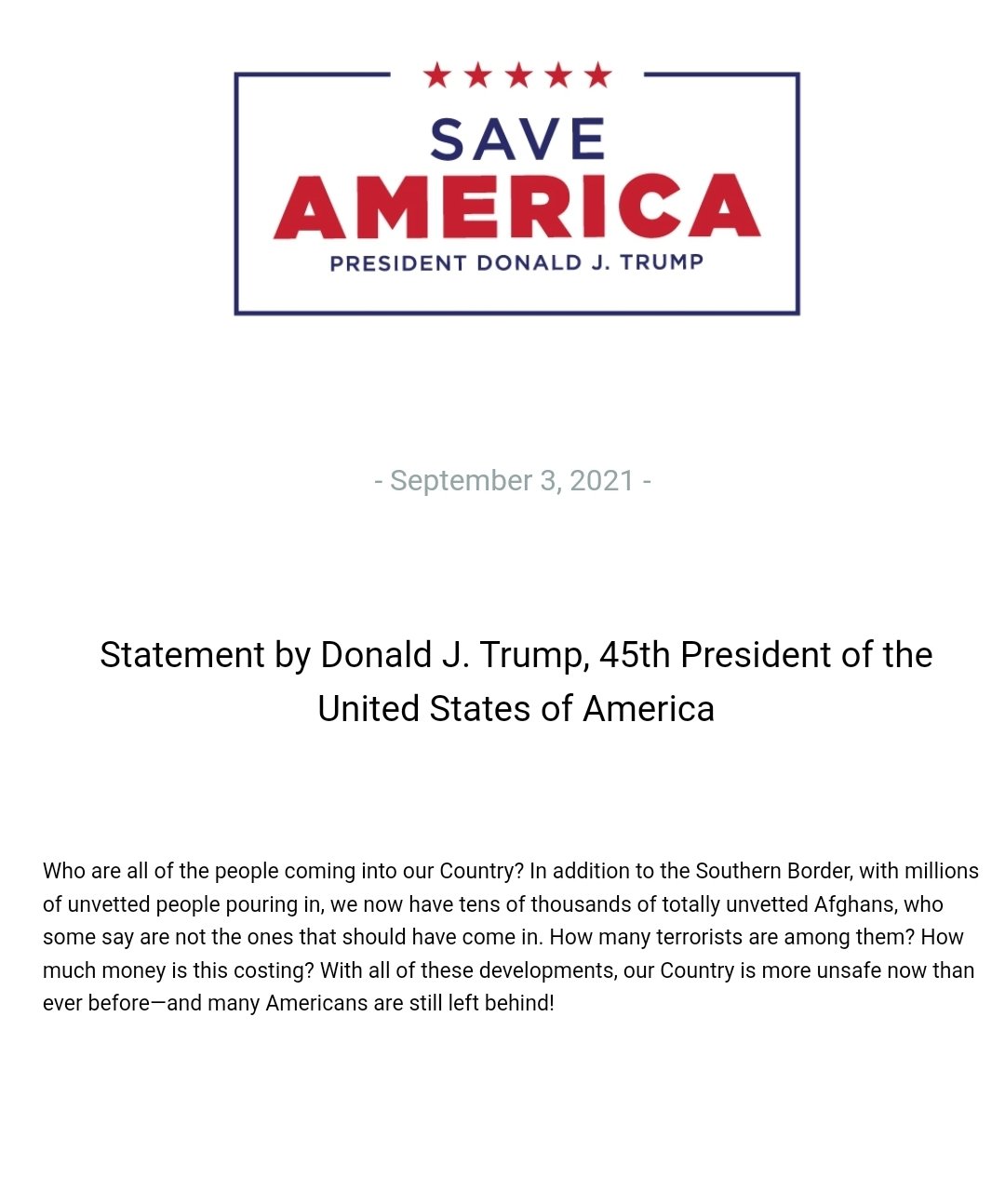 The Biden administration evacuated about 124,000 people.

The Biden administration has no clue who many of these people are.

Days after the Biden administration finished evacuating about 124,000 people from Afghanistan, it’s coming to grips with the reality that it doesn’t know who many of those people are.

What’s emerging, according to government officials and advocates, is that a small percentage of the Afghan citizens who got out are the ones the U.S. pledged to place at the top of its priority list: the thousands who had worked for the U.S. and its allies as well as employees of nongovernmental groups and media organizations.

23,876 afghan refugees have already arrived in the United States.

More than 23,000 Afghan refugees deemed to be “at risk” have arrived in the United States, State Department spokesman Ned Price said Wednesday, a number that represents more than one-sixth of all the evacuees airlifted out of Kabul in the past two months.

Price told reporters that 4,446 American citizens have also arrived in the country as part of the airlift, along with 2,785 legal permanent residents. The total number of people who have entered the United States after leaving Afghanistan through Aug. 31 is 31,107.

Eric Caron, a decorated ex-Homeland Security agent, just said America is more vulnerable to a terrorist attack today than before 9/11.

A decorated former Homeland Security agent is warning that America enters the 20th anniversary of the Sept. 11, 2001 attacks more vulnerable to terrorism, saying weakened immigration and border enforcement, a messy Afghan war exit and less rigid focus on screenings at ports of entry have given enemies wide openings to strike.

“Are we safer today than we were before 9/11? Absolutely not,” retired agent and author Eric Caron told Just the News. “You know, our borders are wide open. And all we talk about right now is the southern border. No one’s paying attention to our northern border. And bad guys, as you know, and I know, will go whereever it’s soft.”

“We’re not paying attention to our container ships that are coming into America,” said Caron, who focused on port security and weapons of mass destruction as a Homeland Security agent assigned to Dubai in the Middle East more than a decade ago. “We have to understand our ports of entry, land ports, airports, seaports, they all need to be secure. We’re more vulnerable today than we have ever been, under this administration.”