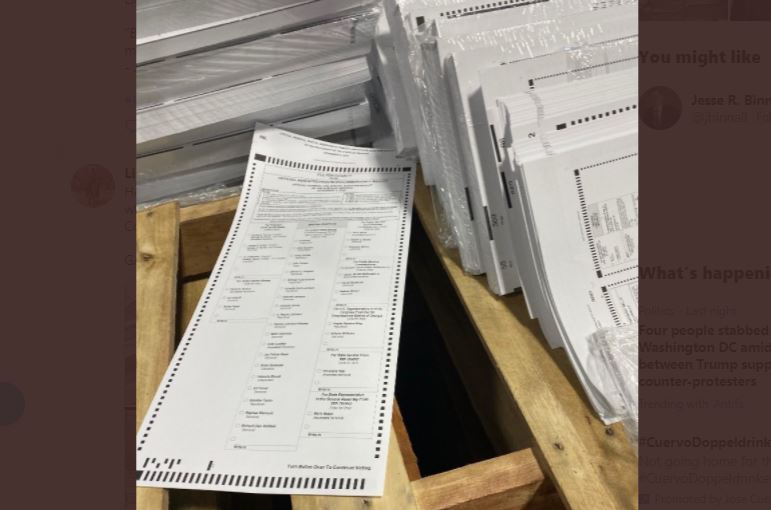 Ballots marked for Trump were awarded to Joe Biden by a panel of humans during adjudication.

We witnessed a similar process in several swing states this past election.

Witnesses alleged that 12% of the ballots in Maricopa County were reportedly adjudicated.

An Antrim County Michigan report alleged that voting machines were set at a 68% error rate and these ballots could be sent out to adjudication.

But in 2020, adjudication played a much larger role in states like Georgia, which allowed hundreds of thousands of additional citizens to vote absentee for the first time during the COVID-19 pandemic.

In all, more than 5,000 of the 148,000 absentee ballots cast — or about 3% — in Georgia’s largest county required some form of human intervention, according to logs obtained from Fulton County by Just the News under an open records act request.

The adjudication ballots alone are not enough to change a Georgia election in which Biden and Trump were separated by less than 13,000 votes. However, they reveal an imperfect system vulnerable to chaos, subjectivity, or political dirty tricks, especially in a county like Fulton where state officials documented widespread irregularities and misconduct and now want to take over election counting.

Just the News reviewed 1,604 pages of adjudication logs from Fulton County and reviewed 4820 of the 5064 ballot images where human vote counters reviewed or overrode the Dominion Voting machines. The JTN review provided an unprecedented window into the extraordinary discretion accorded adjudication judges to interpret a voter’s intent on a flawed ballot.