Black Lives Do Not Matter to BLM. Black Lives are worthless to BLM activists unless the Black Life in question hits the fate lottery and is killed by a police officer. If it is a white officer than your surviving family may have hit the million dollar lottery. But if you are a black baby waiting to be born, forget about it. You don’t matter. The Federal Government eagerly and happily funds Planned Parenthood with tens of million of dollars in order to keep the extermination centers aka abortion clinics, running at full blast. Kill them black babies and they won’t grow up to reproduce. What a clever idea for reducing the black population. Right?

Your black life also is worthless if you are a black teenager in a major U.S. urban center and are slinging dope or running some other kind of hustle and you are shot, stabbed or burned alive by some other black teenager. Nobody outside your immediate family cares whether you live or die. You won’t see BLM or Antifa goons roaming the streets, bombarding cops with bricks and cans of soups, and torching local businesses while shouting your name. Hell, no one knows your name is if you are black and killed by another black person. You are worthless.

This hypocrisy of ignoring most blacks who lose their lives to crime was highlighted once again by the idiotic uproar over the shooting in Columbus, Ohio yesterday (Tuesday), when a white police officer shot a teenage girl (a very big, fat girl at that) who was preparing to stab another black female. His action prevented the black girl wearing pink sweats from suffering a potentially fatal injury. Instead of being praised for saving the life of a black female (and possibly others), the officer is being savaged in the press by a mob of ignorant race-baiters.

I don’t know about you, but I am totally fed up with the faux outrage over police doing their duty and having to make split second decisions with life and death consequences. If the cop had not arrived at the scene and the enraged black women were left alone to sort things out, there would have been at least one fatality. Perhaps more. But because it would have been a black girl killing another black girl, no one would care.

You doubt me? Check out these recent articles:

After a violent weekend Baltimore surpassed 2020’s homicides to date. Three people were killed in separate shootings Friday, including a woman found shot to death in a car in east Baltimore.

Murders in New York rocketed by 125 per cent in the first 10 days of 2021 with a 20-year-old man shot dead just one hour after the ball dropped in Times Square.  Nine people died between January 1 and 10 this year, compared to four in the same period last new, new figures have shown.

Philadelphia is on pace to shatter its record for most homicides ever in a single year — prompting officials to hold biweekly briefings on their re-tooled efforts to curb the “epidemic” of gun violence. Democratic Mayor Jim Kenney, Police Commissioner Danielle Outlaw and other officials hosted the first public update on their response to the ongoing violence Wednesday, an hour-plus virtual press conference where Kenney spoke bluntly about the crisis.

Homicides in Washington, DC are up 32% compared to 2020. The overwhelming number are black.

Atlanta police say through March 13, homicides have increased 41% so far in 2021. Compared to a similar period last year, the city has seen 24 murders versus 17.

The number of shootings in Chicago in the month of March — and the number of shooting victims — are at their highest in four years, according to data from the Chicago Police Department. For 2021, there were 233 shooting incidents and 298 shooting victims, police data show. In March of 2020, there were 146 shootings and 175 victims; in March 2019 there were 136 shooting incidents and 165 victims; and in 2018 there were also 136 shootings, with 151 victims. Meanwhile, homicides in Chicago are up 33% in the first three months of the year compared to 2020, while shootings are up nearly 40% for the same period year-over-year. 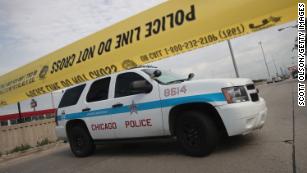 As you can read for yourself in the previous paragraphs, black lives don’t matter when blacks are doing the killing. It is that simple. This is why Black Lives Matters is a fraudulent organization. This is why every professional athlete taking a knee to protest “police abuse” is a damn hypocrite. None are kneeling in prayer or grief for the thousands of black babies and black youth being murdered each day in the major urban centers of America. It is a holocaust but no one wants to address it because it has nothing to do with systemic racism.

The holocaust savaging the black community has its roots in broken families, lousy public education and government programs that promote dependency and subservience. I curse BLM for its damn hypocrisy and I pray for the black ministers who are working tirelessly to try to save their communities from this evil.