Let me ask you some questions in order to ascertain whether or not you qualify as a Firearms Moron. 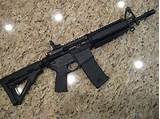 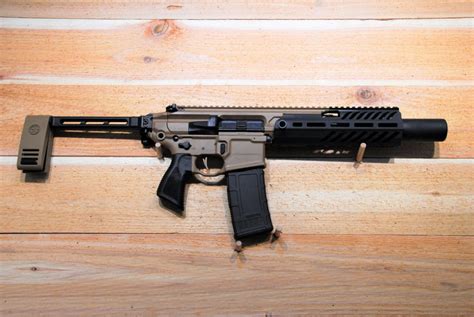 2. Is an AR-15 is tougher to control than a shotgun? Joe Biden says no. Get a shotgun:

I think Joe Biden earns a moron sticker for his “recommendation.”

Fully automatic weapons are highly overrated. While such a rifle looks great on a Hollywood flick, firing with full auto makes the rifle more difficult to control and less accurate. Also, firing a full magazine in a matter of seconds heats the barrel up much more quickly than an AR fired slowly and methodically. Finally, how is your math? Two ten round magazines equals twenty bullets going down range vice the sixteen from the full auto.

4. Most gun battles involving pistols take place at a distance of 10 yards or greater. True or False?

False. Most gun battles take place at 21 feet (i.e. 7 yards) and closer. If you are up against a crazed shooter toting a pistol, put as much distance between yourself and the shooter as possible. Even highly trained pistol shooters have difficulty hitting a stationary target at 25 yards. Moving makes you even more difficult to hit.

5. You can walk into any licensed gun store in a Republican state, purchase a pistol and buy a gun without a background check. True or False?

FALSE. I know a number of former liberals who tried to buy a pistol in the wake of the Black Lives Matter riots last summer that were shocked to discover they had to wait three days (in Florida) to take their gun home even with a clean background check. Only citizens with a Concealed Carry License in Florida can walk out of the gun store the same day he or she buys a pistol provided he or she passes the background check. Some states require even a longer waiting period than three days.

6. The shootings in Atlanta and Boulder could have been prevented if only Congress had mandated a universal background check. True or False?

FALSE. Background checks on purchasing firearms from a licensed dealer is already mandatory. There is ZERO evidence that the sex-crazed religious fanatic in Georgia or the angry Muslim in Boulder skirted any gun laws or bought their weapons from a private seller.

The Second Amendment has a very clear purpose–ensure the citizens are armed so that they can defend themselves from an oppressive government. When a government has a monopoly on force, the citizenry is at their mercy. Our Founders understood the importance of an armed citizenry. More Americans fought in the Revolutionary War as part of a local militia than as a soldier in the Continental Army.

The early histories of the Revolution also tended to minimize the contributions of the militia, and one acclaimed account of the war, written as late as 1929, even referred to “the utter failure of the militia system.”

More recent studies, however, have gone a long way toward revising this predominantly negative assessment of the role played by the militia during the war for independence. Although the relative effectiveness of the Revolutionary militia varied from state to state and year to year, this newer scholarship has explored and described some of the crucial achievements of the militia that had been previously unexamined. These historians note that the role of the militia is easily misunderstood and that it has to be judged by different standards than those applied to a professional military force. . . . Although the militia was seldom able to stand up alone to British regulars, it nevertheless made a number of important, even vital, contributions to winning independence.

We are now witnessing a massive failure of once trusted institutions. This failure is measured by the unlawful actions of the Department of Justice, the FBI, the CIA, and the Judiciary. I am not calling for patriots to take up arms against these organizations. I am simply reminding you that our history is tied in an important way to an armed citizenry capable of joining with neighbors to defend their communities.

If you are a citizen you have a responsibility if you are going to own a weapon. Get trained in how to use it safely and responsibly. Knowledge is power. That is especially true when it comes to the lawful ownership and use of a firearm.