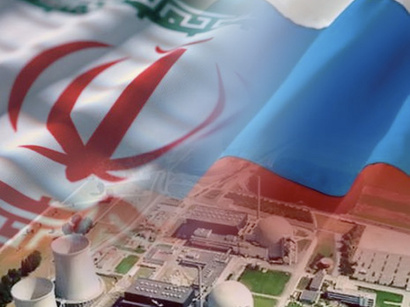 While the faux political theater of America striking a deal with Russia to handle Syria’s chemical weapon stockpile, and having them supposedly destroyed by 2014, plays for the masses, Russia schedules another fabulous confab with their BFF’s Iran on nukes:

“Russia could possibly take new steps in solving the Iranian nuclear dossier,” Rowhani said. “The Russian initiative in relation to the Syrian chemical weapons and the steps taken by the Syrian officials provide this hope that a new war can be averted in the region.”

“Russia looks at Iran like a good neighbor,” Putin was quoted as saying. “I am very happy meeting the new Iranian president and personally congratulate him for his [recent presidential] victory. … We are aware of the opinions on the world’s stage in relation with Iran’s nuclear program; however, we have to also consider that Iran is our neighbor, a good neighbor.”

There were conflicting reports last week that Russia might increase its arms sales to Iran should Syria be attacked, including the delivery of its sophisticated surface-to-air missile system, the S300.

The Russian newspaper Kommersant had reported that Putin had decided to deliver five battalions of the S300s should Iran withdraw its claim of $4 billion in damages due to a breach of an original contract by Russia signed in 2007 worth $800 million.

So while Russia plays global peacekeeper, they are in fact arming the new axis (Russia, Iran, China) to the teeth and preparing for global conflict — on land, sea and in space. Emasculating the US (thanks to spineless leadership), Russia, Iran and their proxies now are threatening to target Saudi ports if we attack Syria, thus cutting our economic jugular.

Putin is definitely leading right now and doing what I have suggested all along: garnering energy resources and geography throughout the Middle East, strengthening their military and discrediting the West. It’s foreplay for war as Putin rocks the nuclear cradle.