The Iranian student Web site Advar News reported that hundreds of university students chanted slogans against Iran’s president, Mahmoud Ahmadinejad, including “Death to dictator!” and “Ahmadi, Ahmadi, this is the last message, the green movement is ready for uprising!” Another reformist Web site, Norooz, estimated that about a thousand students took part in the demonstration.

Up to a thousand students participated in the protest against the illegitimate regime. 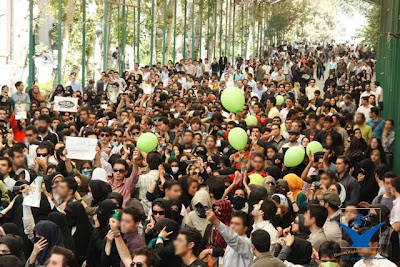 Hra-news.org has several photos from the student protest.