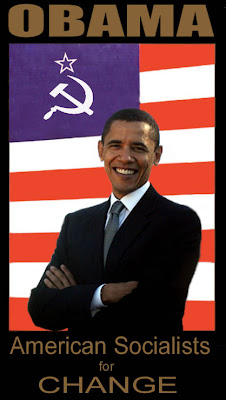 Across the great ocean on the American shore, there is a view that has an astonishing resemblance to this one. On the front cover of the mid-February edition of America’s Newsweek magazine there was a very direct heading that asserted “we are all socialists now.” Is the United States a socialist country? Without question, it is not. Are there socialist attributes to President Obama’s reform? Without a question, there are.

During the campaign Obama was accused by his opponent of being a “socialist,” Castro, the Cuban leader, called him “comrade” and, more recently, the Venezuelan president Chavez jokingly said, “Come on, Obama, align yourself with us on the way to socialism!”

…The financial reform is very much of the same vein, as the U.S. wants to transform the Federal Reserve into what would be a “super regulator,” comprehensively strengthening regulation towards the financial institutions. It is also planning to establish a new financial consumer safeguard endowed with authority that far supersedes that of the current regulatory system. This way of doing things is in conformity with the Marxist doctrine of the Communist Manifesto in which Marx foretold a capitalist financial crisis. The American Foreign Policy magazine offered a very Marxist “prescription” suggesting that the “whole financial sector be turned into a public utility” — perhaps one could say, “centralization of credit in the hands of the State by means of a national bank with State capital and an exclusive monopoly.” (Communist Manifesto)…

Since June 10th, Obama’s countermeasure has been to start up a campaign style “canvassing” movement, giving many speeches, town hall meetings, and massive interactive forums nation-wide, mobilizing 2 million grass-roots supporters from all 50 states in order to hold propaganda activities encouraging the rise of national debate.

Getting close to the masses and having the intelligence to make good use of the masses, is a patent move used by socialist countries, yet it is quite evident that President Obama is also highly proficient with this tactic.

China has already preached to Democrats about protectionism this year.