At their match today with South Korea: 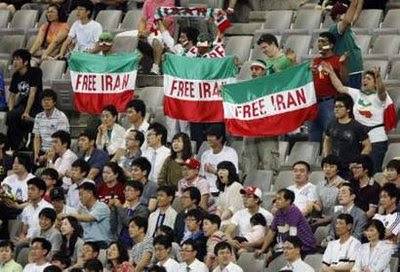 The Iranian Team also wore green wristbands in support of the democracy protesters: 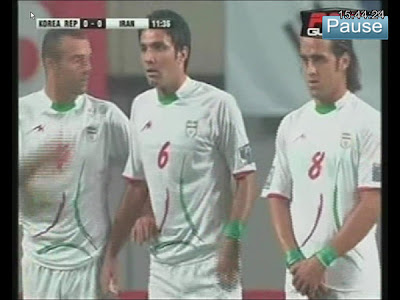 The Iranian national football team is playing South Korea today in a must win match. The team is wearing green wristbands in support of the democracy protesters. (Twitpic)
At halftime the team took off their green wristbands(?)