(updated and bumped)
CRACKDOWN IN TEHRAN–
The basij have their guns. 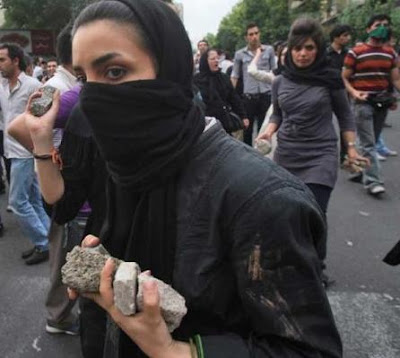 The protesters have courage.
Courage and preparation. (This photo was emailed from Iran today)

Gunshots- The basij have opened fire on the crowds: 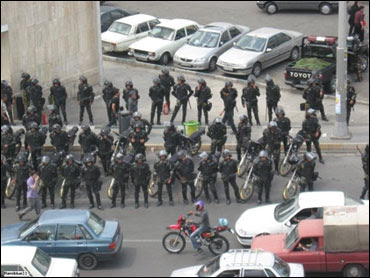 The police are massing at Revolution Square in Tehran.
CTV reported:

Supporters of Iranian opposition leader Mir Hossein Mousavi rallied in Tehran on Saturday, despite a threat by the government to crack down on demonstrators, witnesses reported.

The witnesses told the Associated Press that protesters are holding a number of smaller rallies to demand a new vote after last week’s national election gave President Mahmoud Ahmadinejad a landslide victory.

Police and members of the Basij militia flooded the streets of Tehran.

Iran Press News— AFP reports from Tehran, Zdshvrsh forces are widely deployed at Revolution Square. The basij forces are preventing the protests and beating the demonstrators.

Here is one of the first reports coming from Tehran–
EXPLOSIONS REPORTED:

More video from the streets of Tehran — Here.

i’m dying with worry. please pray for us. 13 minutes ago from web

i’m worried 14 minutes ago from web

she hasn’t returned 14 minutes ago from web

things are horrible, please pray for us 14 minutes ago from web 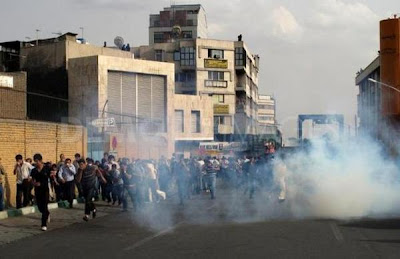 Iranian blog Revolutionary Road is following the developments from inside Iran.

Winston is reporting on rioting in Tabriz, Mashad, Isfahan, and Ahwaz.

UPDATE: Mousavi says he is ready for martyrdom. 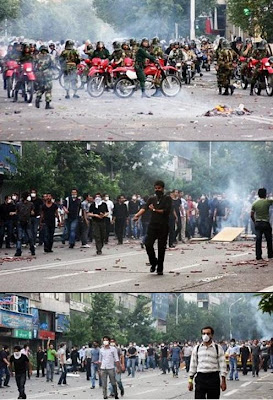