The Evil Regime is shooting women dead on the streets– 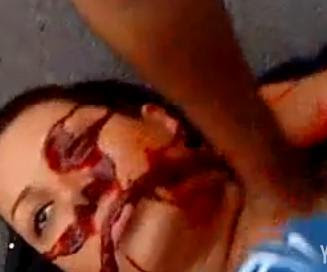 After the horrible crackdown by the regime today in Iran Barack Obama released another weak statement on the green revolution.
The Washington Post reported:

“The Iranian government must understand that the world is watching. We mourn each and every innocent life that is lost,” Obama said in a statement.

“The universal rights to assembly and free speech must be respected, and the United States stands with all who seek to exercise those rights,” he said.