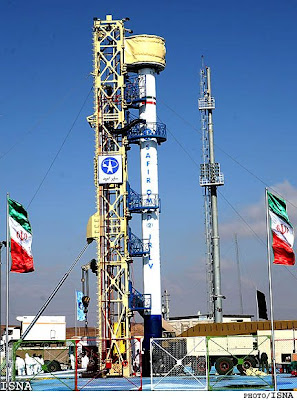 Iran has successfully sent its first domestically made satellite into orbit, state radio reported Tuesday, another development in the country’s ambitious space program that has worried many international observers.

The satellite called Omid, or hope in Farsi, was launched late Monday after President Mahmoud Ahmadinejad gave the order to proceed, according to the radio report. State television also showed footage of what it said was the satellite blasting off in the darkness from an unidentified location in Iran.

The reports could not be independently verified by outside observers. Some western observers have accused Tehran of exaggerating its space program.

Iran has long held the goal of developing a space program, generating unease among world leaders already concerned about its nuclear and ballistic missile programs. One of the worries associated with Iran’s fledgling space program is that the same technology used to put satellites into space can also be used to deliver warheads.

The satellite was taken into orbit by a Safir-2, or ambassador-2 rocket, which was first tested in August and has a range of 175 miles. 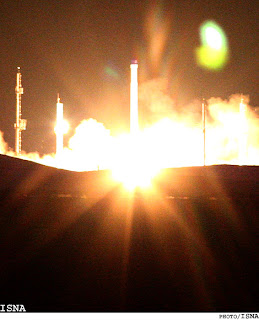 The BBC has more on the launch.

The Iranian regime has misreported on their missile program in the past. It will be interesting to hear what the experts have to say about today’s event.