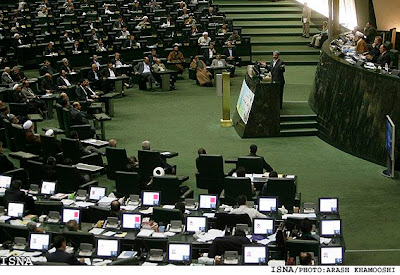 Hamas government’s legitimacy has grown stronger after the Israeli regime failed to attain its goals through the invasion of Gaza, Hamas Political Leader Khaled Meshaal said on Tuesday.

“The enemy announced ceasefire without any preconditions for Hamas and it’s a great success”, Meshaal added in his address to an open session of the Iranian parliament.

He viewed Hamas’s victory a result of faith and Jihad (a term used in Islam meaning holy defense), he said, “Today when Iran and Turkey stand by the Palestinian cause, they strengthen our cause and it’s a real conflict with the US administration and Israel’s supporters.”

“Israel’s power is in destruction and killing and this power is not useful for them anymore,” the senior Hamas official said, adding, “There will be no security even through occupation and Israel’s downfall has began already.”

Addressing European countries, he reiterated, “We are still waiting for them to play a different role based on their long past history with the Islamic and Arab world and based on their experiences which are deeper than those of the Americans.”

“The US president’s change may be an opportunity for Europe and the western world to change their policies and press the new US administration not to repeat the past mistakes”, Meshaal added.