The Purge Continues…
First it was unfaithful TV stations who asked hard questions.
Now, the Obama Camp is banishing newspapers that endorsed McCain from his plane.

And, he’s replacing them with more sympathetic publications: 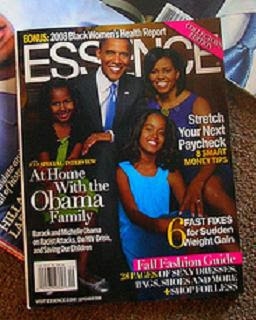 Obama purges plane of Newspaper reporters who work for papers that endorsed McCain.
They may be replaced with reporters from black magazines including JET and Essence.
Drudge reported:

The Obama campaign has decided to heave out three newspapers from its plane for the final days of its blitz across battleground states — and all three endorsed Sen. John McCain for president!

The NY POST, WASHINGTON TIMES and DALLAS MORNING NEWS have all been told to move out by Sunday to make room for network bigwigs — and possibly for the inclusion of reporters from two black magazines, ESSENCE and JET, the DRUDGE REPORT has learned.

Despite pleas from top editors of the three newspapers that have covered the campaign for months at extraordinary cost, the Obama campaign says their reporters — and possibly others — will have to vacate their coveted seats so more power players can document the final days of Sen. Barack Obama’s historic campaign to become the first black American president.

Some told the DRUDGE REPORT that the reporters are being ousted to bring on documentary film-makers to record the final days; others expect to see on board more sympathetic members of the media, including the NY TIMES’ Maureen Dowd, who once complained that she was barred from McCain’s Straight Talk Express airplane.

After a week of quiet but desperate behind-the-scenes negotiations, the reporters of the three papers heard last night that they were definitely off for the final swing. They are already planning how to cover the final days by flying commercial or driving from event to event.

Do you suppose the LA Times will be moved to business class for their loyalty?

At least we know what to expect from the Marxisant radical if he makes it to the White House.

More… Yid With Lid posted The Washington Times reaction to the news.