MARY MAPES CONTINUES TO SEETHE AT PRESIDENT GEORGE W. BUSH AND CONSERVATIVE BLOGGERS AND SAYS BUSH HAS “SELECTIVE MEMORY”,
VIDEO HERE
Part 2 of the interview is listed to the right of the video clip.

Ashamed of her savage liberalism, and after spending four long years on an investigation that went bust, Mary Mapes still seethes at President Bush and says he has “selective memory”!

One thing is clear, Mary Mapes still feels she did nothing wrong. 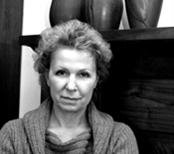 The first question Mary Mapes could not answer was if she was a registered democrat in which she said “I don’t know.” This seemed like a strange answer to an obvious question.

O’Reilly: On page 19 (of her new book) you show sympathy for Cindy Sheehan.

Mapes: In reference to the fact that I thought some of Bush’s supporters were Cindy Sheehan’s detractors, and dragged out her divorce situation.

O’Reilly: Oh, I don’t know about that. You didn’t really define it that way. On page 19 clearly you felt that Cindy Sheehan got a raw deal from the media…(on to the fraudulent documents)

O’Reilly: But your explanation is erroneous for one reason and that is your belief doesn’t matter. You’ve got to be able to prove it. Especially when you are going after the president of the United States (five weeks before the election!) You have to prove it!

Mapes: You can prove it to a journalistic standard.

Mapes: Well then we disagree.

O’Reilly: But, you got fired. And, Rather got booted.

Mapes: Bill in journalism there have been many times that journalists have gone with a story where they can’t prove with DNA testing(?)… There are plenty of people who believe that we crossed the bar proving it. (?)

O’Reilly: You heard me interview President Bush who said, “I didn’t do anything to get preferential treatment.” Do you believe him? Is that man lying?

Mapes: I think, you know, he’s got that selective memory. I think he got preferential treatment. Clearly, I do. And, I think it’s very clear that he did.

O’Reilly: But he believes he didn’t.

Mapes: Do you believe that he believes that?

O’Reilly: Yes. I believe that he didn’t get preferential treatment just as you believe…

O’Reilly: Why has CBS gone after you with such a vengeance?

Mapes: I think that CBS caved to a conservative blog attack. You’ve talked about what the internet is capable of doing when it swarms somebody. People were panicked like I’d never seen them before. Because people could send 15,000 emails to a Witchita Falls, Texas TV station demanding Dan’s resignation. I think it scared them to death. And, I think at the end of the day financial matters really do resonate with this corporation…

Bill O’Reilly did a good job in the interview overall, but he really needs to start looking at blogs. His reporting is handicapped because of it. He could have asked questions like these if he were more aware of the Rathergate story, which he isn’t:

1.) What is the latest on Lucy Ramirez? Have you spoken with her? How is she doing? Did she make it through Hurricane Rita OK?

2.) Do you still keep in contact with Democrat Joe Lockhart? And does he or other Democrats still get tips from CBS producers on juicy Bush reports that are about to air?

5.) Did young Lt. Bush volunteer to go to Vietnam? Then explain your statements on page 61 of the CBS Followup Report where you say that you knew way back that Lt. Bush had volunteered for Vietnam.

Mary Mapes still suffers from what Charles Krauthammer calls “false consciousness” which can in Mapes’ situation can be fatal, for a career anyway.

Powerline links to one of the document examiners from the Rathergate scandal who says there are “many untruths” in Mapes book.

Update 2: California Conservative has another interview by Bill O’Reilly that has San Francisco up in arms… scratch that, they just voted against bearing arms, but they are upset.