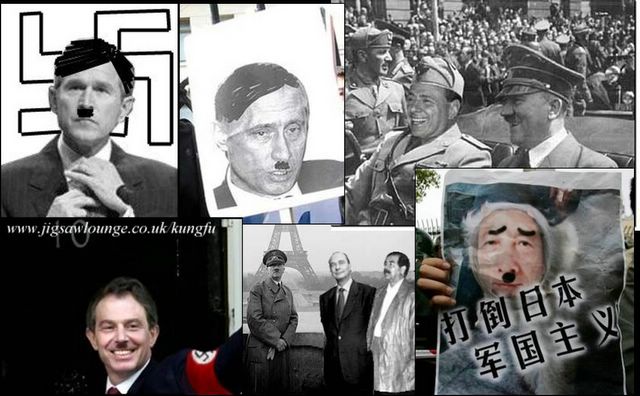 In an interview this week Vlad Putin argued that “Uncle Joe was no Hitler” :

President Vladimir Putin has spoken against likening Stalin to Hitler in a joint interview granted with German Chancellor Gerhard Schroeder to Bild newspaper.

“I cannot agree with equating Stalin and Hitler. Yes, of course, Stalin was a tyrant and many people call him a criminal. But he was not a Nazi! And they were not Soviet troops that crossed the German border on June 22, 1941, it was the other way around. That should not be forgotten in the first place,” Putin said.

So, on the “evil scale” being a communist murderer is not as evil as being a nazi murderer. Victor Davis Hanson was right on in his analysis earlier this year of this trend we are winessing in society.