Being one of the “Six Outposts of Tyranny” is no easy feat to achieve. And Burma has worked hard to deserve this title. A look at the political prisoners gives one a feel for the ruthlessness of the regime.

This week U Tin Aung and Ko Tin Aye were released from Rangoon Insein Jail on 28 April after spending more than a decade and a half in prison. 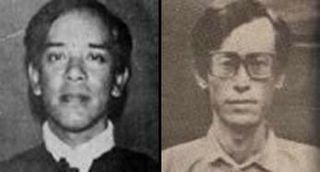 Ko Tin Aye was from Ba-ka-Tha (All Burma Federation of Student Unions – ABSFU in English). His real name is Ko Khin Maung Yi. His father dies while he was in prison. Now, his mother is suffering from breast cancer. She went to have a blood transfusion in Rangoon general Hospital…He will be at the hospital tonight.

However, there are many more political prisoners locked inside. One protester, Ko Ko Gyi, from 1988 had this to say about the situation:

“As a person who was involved in 1988 uprising, I feel more deeply about the students. The reason is, they had paid with their whole life. While we were there, more young people were sent to prison. I was very saddened by looking at them. I am very worried for the youth who lost their time among courts losing all their energetic and youthful potential for the country. Therefore, I am hoping and urging for the release of the remaining students and political prisoners.”

The authorities at Rangoon Insein Jail are torturing political prisoners who have been staging hunger strikes, according to sources close to the prison.

Those who are suspected to be the leaders of the strikes, Rangoon Township National League for Democracy (NLD) member Myo Khin, students Hla Htut Soe, Han Win Aung, Lwin Ko Latt, Kyaw Moe, Kyaw Naing, Myo Win and Bahan Nyaungtone Monastery abbot Rev U Rajadamma were sent to a “war hound” cell and tortured by the order of the prison governor. 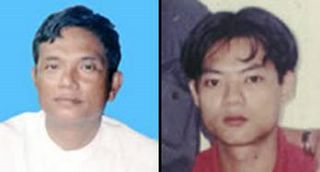 The health of the student political prisoners is deteriorating…

Students imprisoned by Burma’s ruling junta are suffering from deteriorating health according to the All Burma Federation of Student Unions (ABFSU).

The ABFSU is particularly concerned about the health of Ye Kyaw Swa, Kyaw Linn Htun, Myo Min Zaw and Nay Linn Soe. All are serving prison sentences of 19 years for organising peaceful demonstrations or working for the ABFSU. They are not permitted to read or write and are isolated from other prisoners. The ABFSU reports that this has caused depression and skin disorders amongst the prisoners, some of whom have been in jail since 1996.