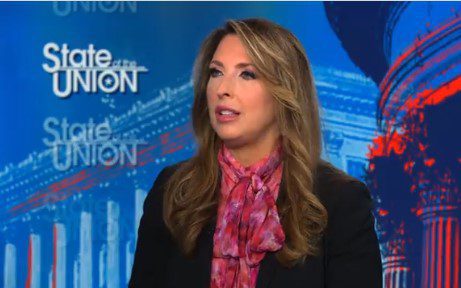 It is time for change at the RNC.

An analysis by Red State of the RNC’s spending found that millions have been spent on luxury expenses since 2017.

Perhaps because of these losses both RNC donors and committee members are intensely interested in the committee’s finances, particularly the spending. Late last week, RedState was provided a report dated October 7, 2022 that examined RNC’s 2021-22 spending. It calculated more than $500,000 in private jet expenses, $64,000 at clothing retailers, and $321,000 in floral arrangements.

To determine how that compared with the rest of Ronna McDaniel’s tenure, RedState examined RNC expenditures from 2017 through 2022. In addition to a review of Federal Elections Commission (FEC) data, RedState spoke with current vendors, state party officials familiar with the workings, former staffers (some from McDaniel’s tenure, and some who worked for prior chairs), and several current RNC members to verify numbers and dates. Most were only willing to discuss the matters on background, and all were promised anonymity to avoid potential retaliation.

Breakdown of the expenses: The RNC spent more than the DNC did on many of the items.

According to the financials, the RNC is quite generous to its donors, spending $17 million on donor mementos – and possibly more – during McDaniel’s tenure. Custom pins by legendary DC jeweler Ann Hand and Christmas ornaments from Chemart (the company that makes the White House Christmas ornaments) are listed as donor memento expenses, but the financials also include $65,000 in office supplies from Ann Hand and $28,000 from Chemart.

For perspective, the Democratic National Committee has spent $1.5 million on donor gifts, $35,000 on private jets, and only $1,000 for floral arrangements during the 2021-22 election cycle. Longtime RNC committee members who spoke with RedState said that other than during Michael Steele’s time as chair, it has not been standard practice for the chair to use private jet or chauffeur services.

RNC Chair Ronna McDaniel is losing support across the country.

More Republicans Back Away From Supporting Ronna McDaniel For RNC Chair

A spokesperson for Ronna McDaniel responded to Red State with this statement:

A client of Harmeet Dhillon decided to publish a hit piece in the middle of the night without making a serious attempt to engage with the RNC or Chairwoman McDaniel’s team. This blog post is as blatantly false as the lies she has been spreading that RNC members are being bribed for their votes. If critics want to misrepresent and push false narratives about the RNC’s spending this past cycle, they should do the math before realizing it only adds up to 0.8% of the total amount the Chairwoman raised.” – Emma Vaughn, spokesperson for Ronna McDaniel’s re-election.

Who should be the next RNC chair?