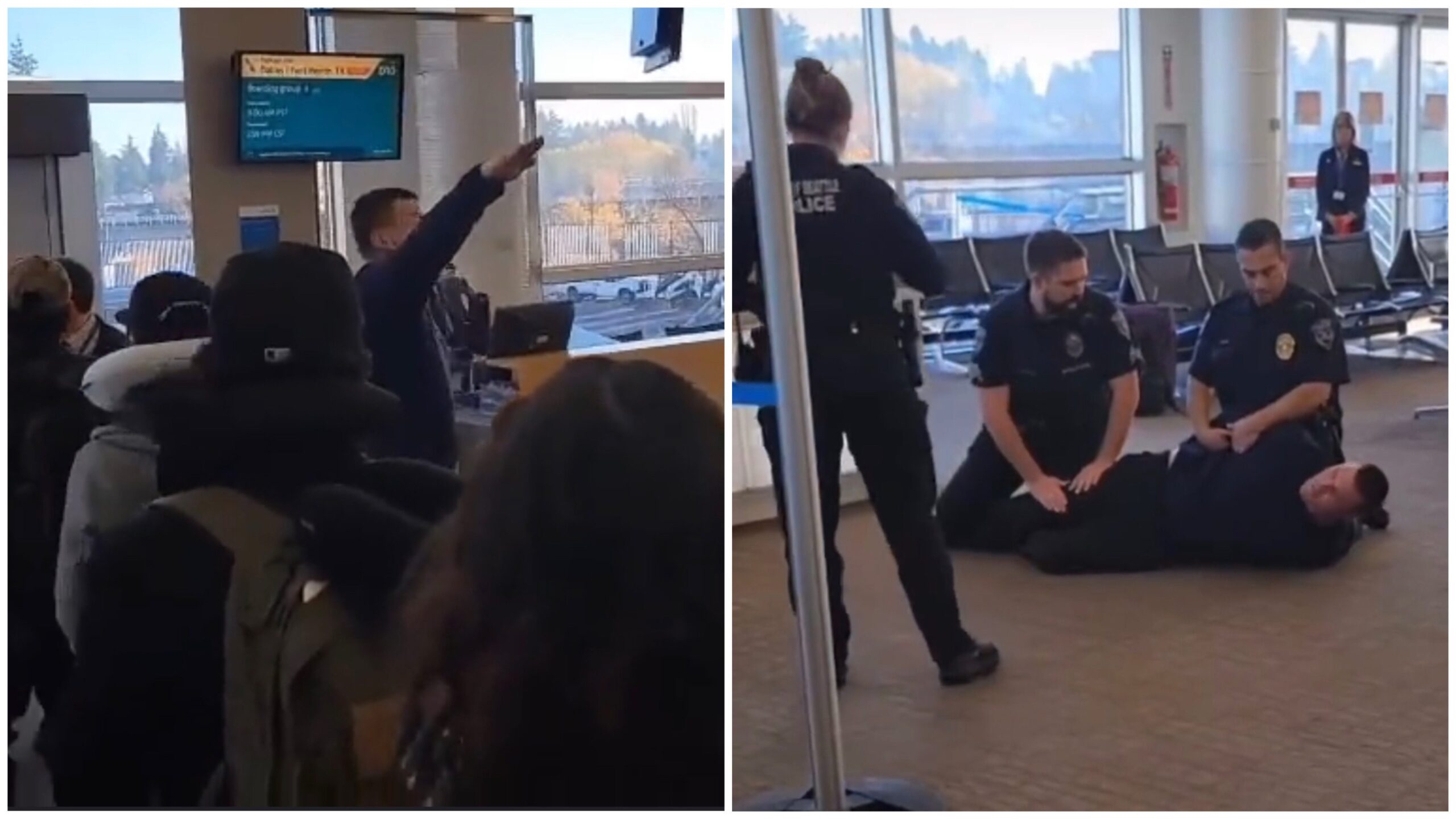 A 31-year-old man at Seattle airport started throwing anti-Semitic slurs while also doing the Nazi salute at passengers who were preparing to board a plane last week.

The event took place when passengers were boarding a flight from Seattle, Washington to Dallas-Fort Worth, Texas on November 20.

According to the American-based nonprofit organization “Stop Antisemitism,” the man was later identified as Nicholas Edward Letney.

The organization claimed Letney attempted to start his own political party, the Christian Workers, a home for Christian socialists. At the D10 gate of Seattle airport, Letney was captured on tape acting aggressively and yelling anti-semitic slurs at other passengers. The footage has now gone viral.

Letney can be heard yelling, “You go to the gas chamber!” and that the “Jews got what they deserved.” He was also screaming, “race war.”

Seattle, WA airport earlier today – a man was arrested after throwing up Heil Hitler salutes and screaming of a race war in the busy airport, gate D10. pic.twitter.com/SZx6oEARv6

Letney was tackled to the floor by police officers in another video after causing a public disturbance. The video shows Letney making offensive comments and talking nonstop, even while being arrested.

Correction – this incident occurred on November 20; footage of the arrest 👇🏼 pic.twitter.com/5BSW7HpnIq

According to reports, Letney has a history of assault and indecent exposure allegations, court records show.

Paddle Your Own Kanoo reported:

Court records for the Seattle area show that Letney was arrested in 2019 for domestic assault, but the case was dropped without prejudice by reason of incompetency.

A mental health evaluation of Letney was sealed by the court.

Letney was also arrested in 2016 on suspicion of indecent assault, but this case was also dropped by reason of incompetency. In that case, a police report noted that Letney was shouting about the Cold War at the time of his arrest.

Nicholas Edward Letney, identifed as the Seattle Nazi. His tweets read as manifesto almost. Have included just a few, no doubt without help this man will hurt someone. https://t.co/eTS6MXQDzM pic.twitter.com/PS6TzXs4nb