Rep. Janel Brandtjen, Chair of the Assembly on Campaigns and elections sent out an election alert on Monday.

Rep. Brandtjen received three ballots to her home addressed to “Holly,” a woman who has never lived there.

Brandtjen believes this was from someone who was trying to point out how easy it is to cheat in Wisconsin with the election loopholes.

Last Thursday (October 27th), Representative Brandtjen was surprised to find three military ballots sent to her home address from clerks in Menomonee Falls, South Milwaukee and Shorewood. The ballots were all addressed to “Holly” with three different last names. None of these individuals reside, or have resided at her address, and the Representative did not request the ballots. After Rep. Brandtjen made inquiries, she realized these three “Hollys” probably don’t exist. If they did, why would they send ballots to her house?

“I believe someone was trying to point out how easy it is to get military ballots in Wisconsin. Registration for military ballots is not required, so a fictitious name and birthdate is all that is required to obtain a military ballot online,” said Rep Brandtjen. “Feeling shocked about this situation is an understatement because it demonstrates stolen valor from those who protect this nation. I think it’s sad that people feel they have to break the law to get the attention of the legislature. This is now the second time citizens have tried to point out loopholes in our elections,” she added.

Representative Brandtjen delivered the unopened ballots to the Waukesha County Sheriff Friday morning, where they will be investigated. She also contacted the Thomas More Society and Justice Gableman to determine the legal options available to stop the theft of military ballots in Wisconsin.

Attached is a copy of the ballots.

This is exactly what we have reported on at The Gateway Pundit since the fraudulent 2020 election. 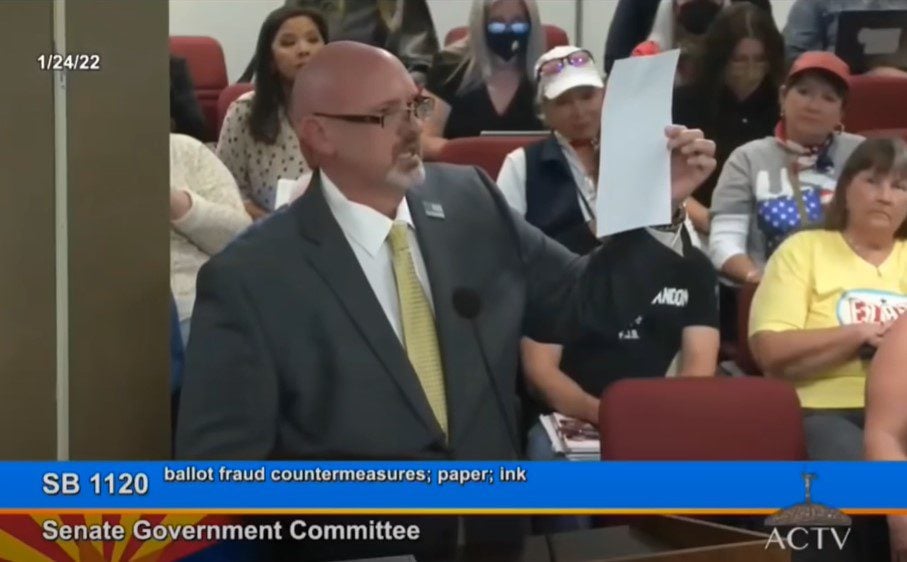