Right Side Broadcasting Network reporter Brian Glenn is also in the photo.

The picture was allegedly taken earlier this month.

A photo of longtime “Wheel of Fortune” host Pat Sajak with Georgia Congresswoman Marjorie Taylor Greene has surfaced, and people on Twitter are fuming.

The picture, apparently captured earlier this month, went viral on Twitter after it was re-shared by a Twitter account described as “exposing right-wing extremism and other threats to democracy.”

One user wrote, “Pictured: Pat Sajak and Vanna Whitesupremacist,” referencing Sajak’s “Wheel of Fortune” co-host, Vanna White, while another tweeted, “Pat Sajak has always been a far-right lunatic I’m not surprised at all.” 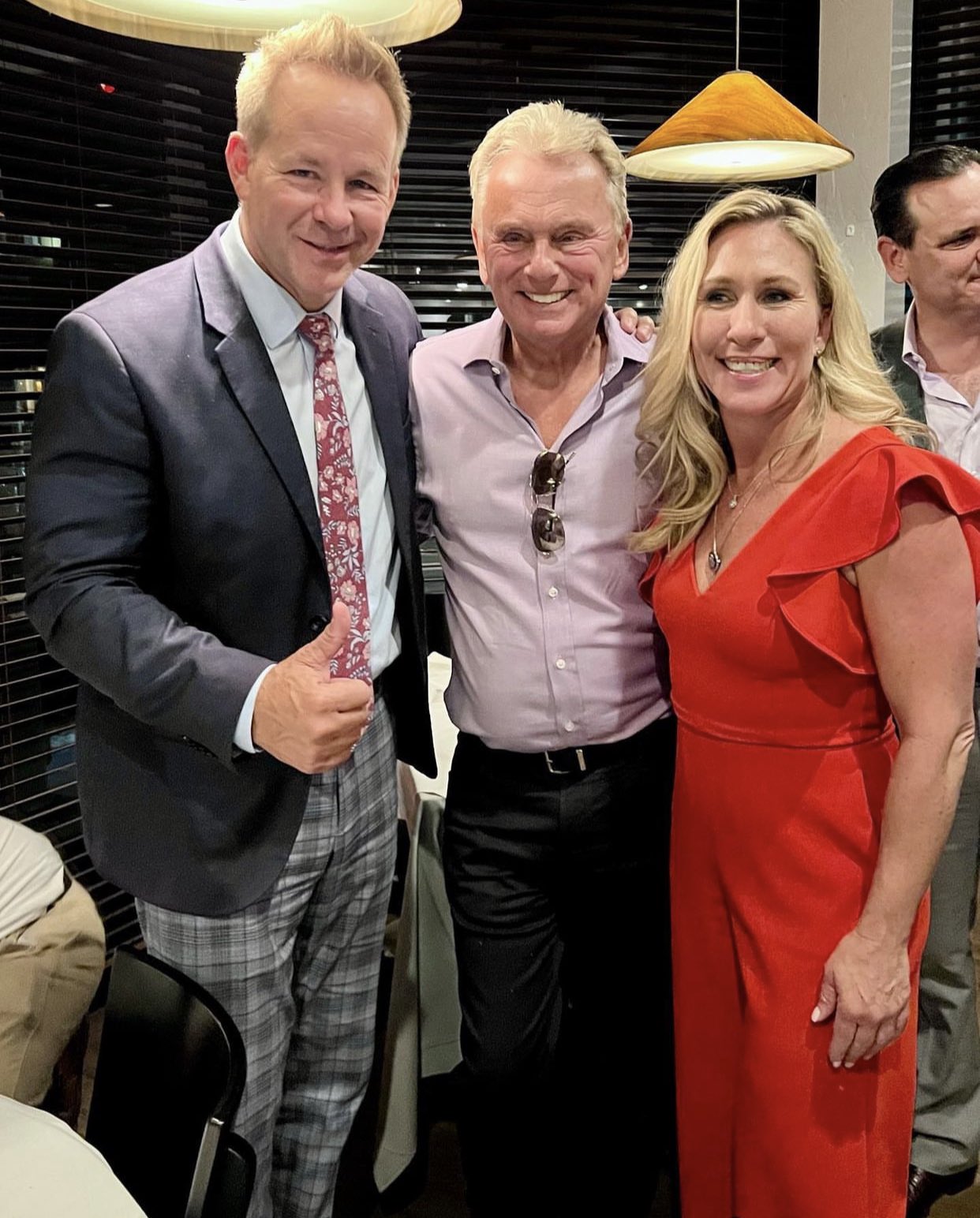 They are now trying to cancel Sajak.

Yeah, on a very surface level.

“Nice guys” can be bigots https://t.co/HXDRalraV9

More on the story:

The Left once again proves how intolerant they are.