In the wake of the tragic mass shootings in Uvalde and Buffalo, the Tampa Bay Rays released a statement calling for more gun control in the United States.

They also donated $50,000 to the left-wing organization Everytown for Gun Safety.

Here’s what the Rays said: 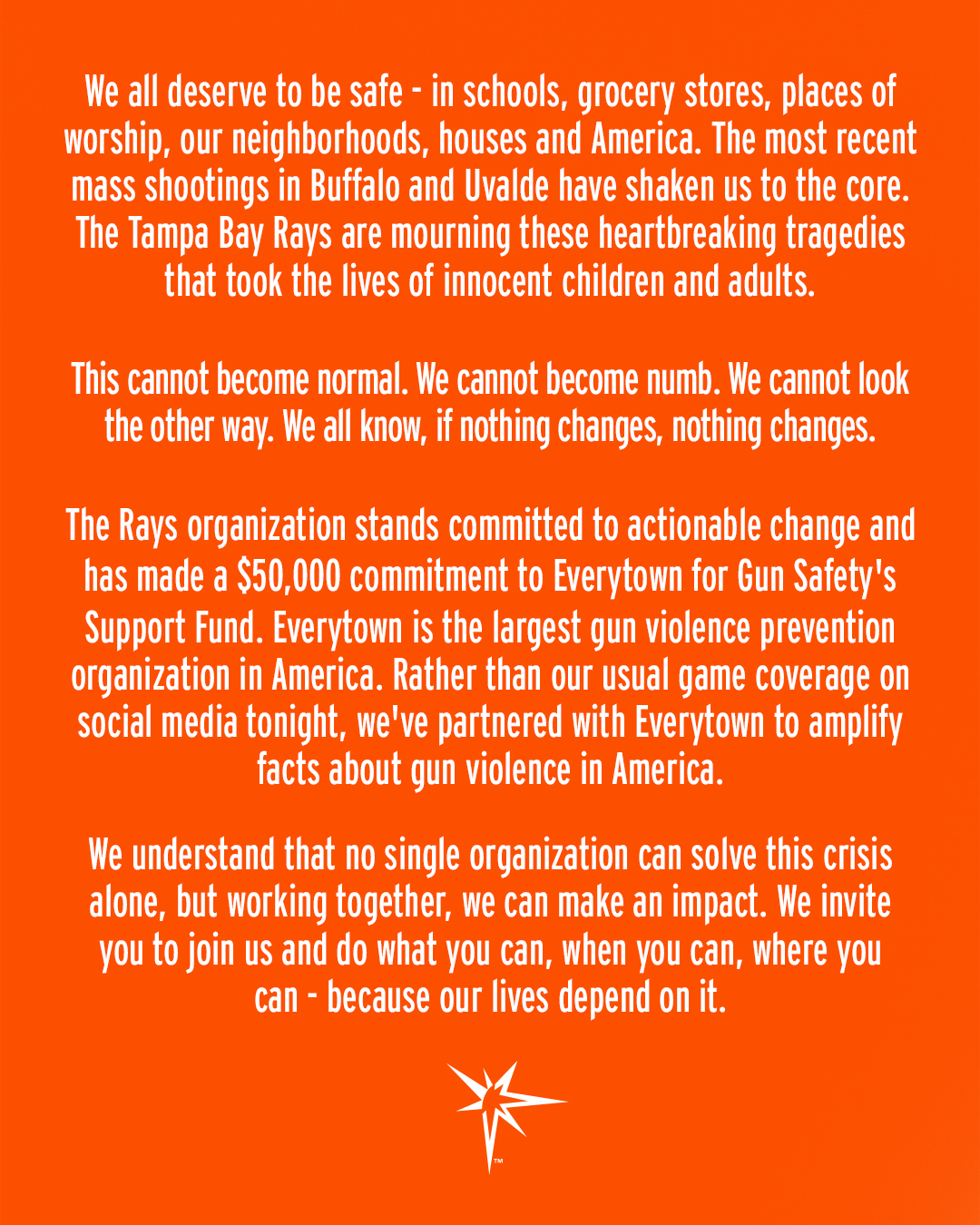 Now, Florida Governor Ron DeSantis has responded to their politicizing this tragedy.

DeSantis just vetoed money that was meant as a possible spring training facility for the Rays.

Gov. Ron DeSantis (R-FL) vetoed $3.1 billion in spending as he signed a $109.9 billion budget Thursday, slashing funds that would have, in part, gone toward a youth sports complex earmarked as a possible spring training facility for the Tampa Bay Rays.

The Republican cited the need to protect the state “against what very well may be a Biden-induced recession” at the signing ceremony. The facility in question, in Pasco County, would have cost $35 million. The veto comes after the Rays published a call to end gun violence in the aftermath of the Texas and New York mass shootings, and a report from OutKick said it learned that the decision was indeed in response to the team “politicizing” the massacres.

After DeSantis stood up to Disney and now Major League Baseball, will corporations learn the lesson?

Will corporations stay out of politics?

Update: This is how DeSantis recently handled a heckler yelling about guns:

Governor DeSantis showing how to deal with Lib hecklers who just want to scream at you. pic.twitter.com/9DNSfYQfAR

“Nobody wants to hear from you!”