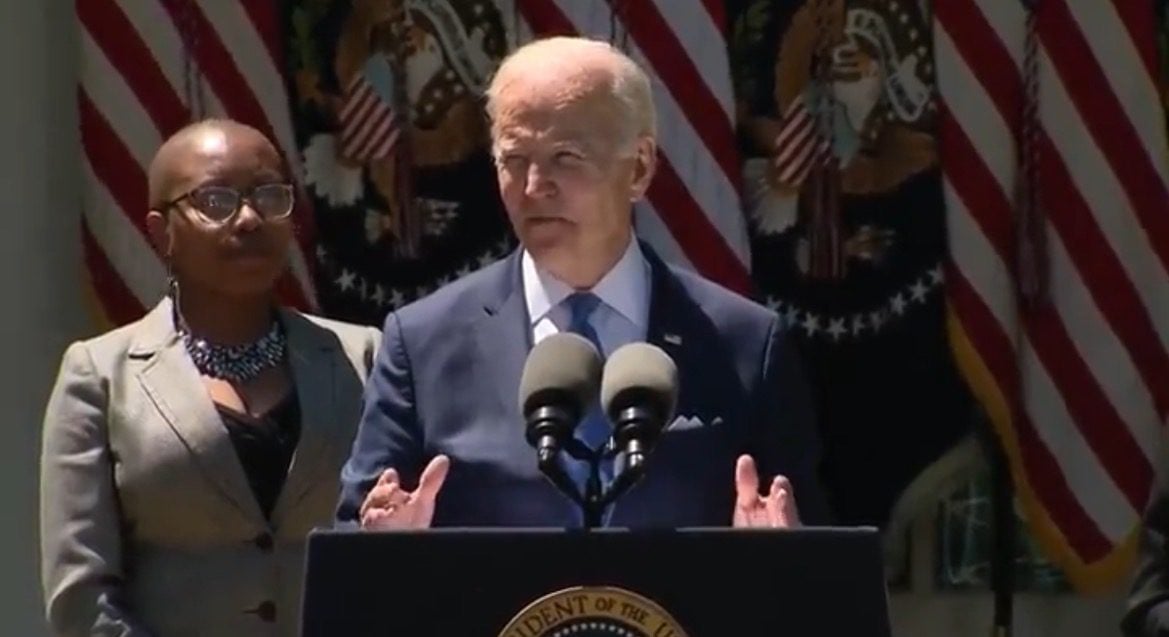 Joe Biden on Monday announced a partnership with internet providers to lower internet costs for millions of low-income Americans.

The US is seeing its highest inflation rate in 40 years with no end in sight.

The current Bidenflation rate is 8.5% (even that’s a lie) but Joe Biden says his top priority is fighting inflation.

Bloomberg recently reported that the average American household will face a $5,200 inflation tax this year.

The Democrats have spent trillions of dollars since Joe Biden entered the White House in January 2021.

But Joe Biden, a low IQ career politician who spent nearly 50 years in government getting nothing done (save for stealing money and grifting), is going to solve the inflation problem.