With Biden’s presidency falling apart, the Deep State is trying to stop Trump from running in 2024.

Liz Cheney even admitted this during an interview with ABC — she said Trump “can never be anywhere near the Oval Office ever again.”

Rep. Liz Cheney, the top Republican on the House select committee investigating the Jan. 6 assault on the U.S. Capitol, says former Pres. Trump is "clearly unfit for future office, clearly can never be anywhere near the Oval Office ever again." https://t.co/RiggrVxhOk pic.twitter.com/afEjpBW3sn

The sham Jan 6th committee has proven they are willing to lie to attack Trump and his allies.

They admitted to lying on a subpoena and falsely accused former New York Police Commissioner Bernard Kerik of attending a secret meeting in Washington.

The Democrat-led congressional committee investigating the Jan. 6 Capitol riots acknowledged Tuesday it made an error in a subpoena that falsely to allegedly discuss overturning the November 2020 election results on behalf of then-President Donald Trump.

The committee chaired by Rep. Bennie Thompson, D-Miss., acknowledged the mistake in a communication to Kerik’s lawyer just hours after Just the News reported that Kerik could not have attended the meeting in Washington on Jan. 5 as alleged in the subpoena because he was in New York City for a family emergency, according to his own phone and tollbooth records.

The subpoena had attributed the allegation by footnote to a book by famed Washington Post journalist Bob Woodward, But the book actually made no such claim and did not even mention Kerik by name a single time in 482 pages, Woodward told Just the News on Monday night.

Trump released a statement blasting the Deep State accusing the Jan 6th panel of being “a cover up of the real insurrection, which took place on Nov. 3rd!”

He also called out the RINOs in the GOP for giving legitimacy to the “Marxist exercise.” 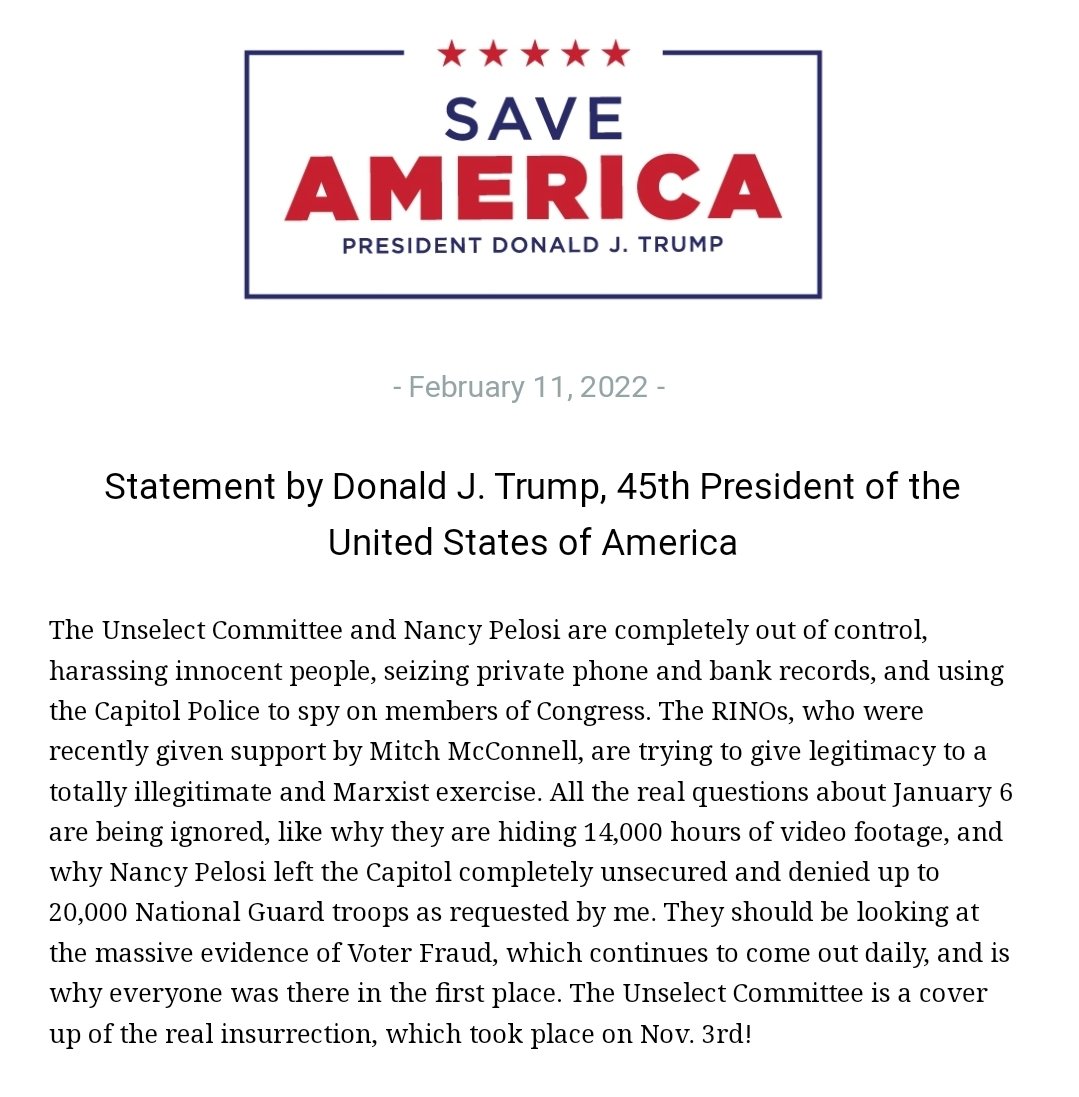