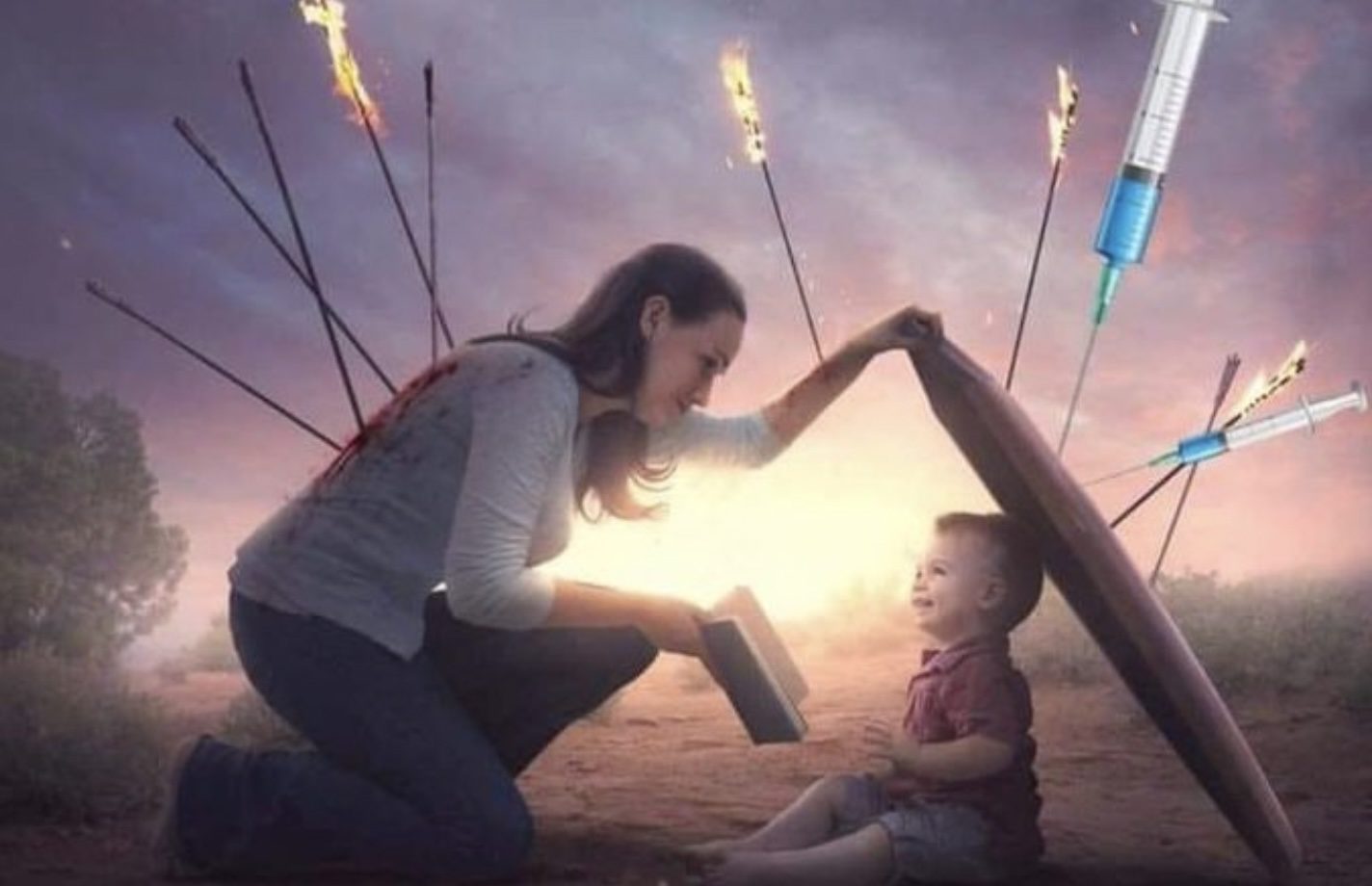 “There can be no keener revelation of a society’s soul than the way it treats its children.” – Nelson Mandela

Is that headline too harsh?

Given the systematic abuse of children under the pretext of “protecting them from Covid” — using measures predominantly initiated and enforced by Democrats in blue states and cities — I don’t think so.

For two years, children have been terrorized with fear, isolated from their friends, denied an education, forced to wear useless and dehumanizing masks, and denied their athletic and artistic pursuits. They were taught to view everyone around them as a deadly bio-hazard and warned that if they didn’t go along with all the rules they might kill Grandma. They were even denied in-person treatment for mental health and social support services.

Older children and young adults have seen their social lives as well as their dreams and careers go up in smoke. Colleges have been turned into prisons, where they force young people to take dangerous, experimental injections for entry, and then turn around and put them in solitary confinement for “catching Covid,” even though the vast majority have no symptoms and their fellow students have been vaccinated. Hey, what can you expect for $60,000 per year?

All for a respiratory virus that is less of a threat to them than the common flu.

None of this was done “for the children.” It was done partially as a cynical power grab by the political left (“never let a good crisis go to waste”), and partially to assuage the irrational fears of hysterical adults who are caught up in a mass hysteria of historic proportions. The disgusting phrase we keep hearing from some that “children are resilient,” is nothing more than a rationalization used by uncaring adults who are not very resilient themselves.

In a recent segment on Face The Nation, CBS News reporter Jan Crawford correctly stated that the impact of Covid policies on children was the most under-reported story of the year:

But I mean, even teenagers, you know, a healthy teenager has a one in a million chance of getting, and dying from COVID, which is way lower than, you know, dying in a car wreck on a road trip. But they have suffered and sacrificed the most, especially kids and underrepresented at risk communities.

And now we have the Surgeon General saying there’s a mental health crisis among our kids. The risk of suicide — suicide attempts among girls now up 51% this year, black kids nearly twice as likely as white kids to die by suicide.
I mean, school closures, lockdowns, cancellation of sports. You couldn’t even go on a playground in the D.C. area without cops scurrying . . . shooing the kids off.

A tremendous negative impact on kids, and it’s been an afterthought. You know, it’s hurt their dreams, their future learning loss, risk of abuse, their mental health. And now, with our knowledge, our vaccines. If our policies don’t reflect a more measured and reasonable approach for our children, they will be paying for our generation’s decisions, the rest of their lives. And that, to me, is the greatest underreported story of the past year.

The latest outrage is the edict from the new Mayor of New York, Eric Adams, requiring children to wear N95 masks to attend school. Apparently, he’s decided that merely abusing children by forcing them to wear any old cloth mask is not enough — now they need to be tortured by being forced to wear extremely uncomfortable and suffocating N95 masks.

And now, as the “safe and effective” vaccine narrative blows up like the Hindenburg — and the number of people killed and injured from these shots becomes too enormous for all but the most dishonest to ignore — Democrats are still pushing to inject our kids. Why are they hell-bent on injecting children with a dangerous, experimental treatment that has zero medical benefit and does not even prevent them from spreading the virus if they catch it?

In some cities, most notably NYC, “New Normal” segregationists are even mandating that children take the experimental shot or they can’t eat in a restaurant — and they’re hauling out 5-year-old offenders! Incredibly, in the FDA hearing on approving the vaccines for 5 – 12 year olds, panel member Dr. Eric Rubin said: “We’re never gonna learn about how safe the vaccine is until we start giving it. That’s just the way it goes.”

This is how callous and cavalier they are with our children’s lives.

This past week, without even citing clinical trials, the FDA approved the use of “boosters” in children aged 12 and older. In other words, they are just winging it. This is nothing short of unlawful medical experimentation on children — children who cannot possibly provide informed consent.

None of this makes any sense and we have already seen far too many vaccine-related deaths among children and young adults.

What’s the real reason they are going after children with these shots?

We have a pretty good idea why the pharmaceutical companies want to enroll children into this experiment. As RFK Jr. explains in the clip below, unless the vaccines get placed on the childhood vaccination schedule, the vaccine makers will lose their legal immunity from liability.

As evil as that is, that seems to be why big pharma and their puppet, Tony Fauci, are pushing for this. But why would any sane politician, public health official, teacher, or medical professional go along with it if they cared about children?

Are they really that caught up in the delusional mass formation?

The tragedy is, too many parents blindly obey these “authorities” and will follow their lead. I can only imagine the level of regret that many of them will feel when they finally snap out of their trance and realize what they’ve done.

Will their children forgive them?

For the sake of all the children and young people all over the world who have suffered too much for too long due to these unscientific and abusive measures, I hope we all snap out of it soon and then hold the perpetrators to account.

In the meantime, we need to get our children out of schools, cities, and states that are enforcing these cruel and irrational mandates.

This article appeared originally on The Liberty Letter by Tom Malone.

Jim Hoft
Jim Hoft is the founder and editor of The Gateway Pundit, one of the top conservative news outlets in America. Jim was awarded the Reed Irvine Accuracy in Media Award in 2013 and is the proud recipient of the Breitbart Award for Excellence in Online Journalism from the Americans for Prosperity Foundation in May 2016.
SICK: Canada Offers Veteran and Former Paralympian Assisted Suicide When She Asks for a Stairlift (VIDEO)
Switzerland May Ban the Use of Electric Vehicles this Winter Amid Energy Crisis
New Zealand Government Seeks Guardianship of a Baby After Parents Refuse to Use Vaccinated Blood for Their Son's Surgery (VIDEO)
22-Year-Old South African Rugby Player Evan Roos Hospitalized After Collapsing Following Plane Trip Home
Health Experts Warn Broccoli, Raspberries, Cheese and Ham Could Give You COVID-19
See more...