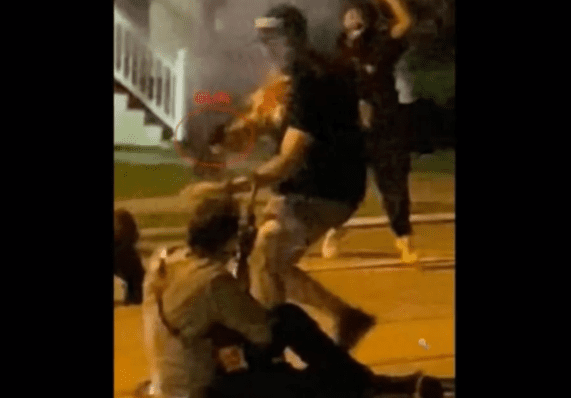 The trial of Kyle Rittenhouse resumed on Monday in Wisconsin.

Witness Gaige Grosskreutz was forced to admit that he was pointing a loaded gun at Kyle Rittenhouse while Rittenhouse was on the ground before he got his arm blown off. Grosskreutz, 27, who had his gun in his hand as he stepped toward Rittenhouse, was severely wounded moments after Rittenhouse fatally shot two others in the streets of Kenosha.

For some reason, this part of the story never made any headlines in the fake news mainstream media?

Grosskreutz lost his arm that night. Two others were shot dead.

Here is the testimony.