Donald Trump ripped Mitch McConnell over his support for the infrastructure bill.

Trump called McConnell “the most overrated man in politics.”

Trump ended by saying McConnell is working “hard to give Biden a victory” — and warned they are going for “the biggest tax increases in history” next. 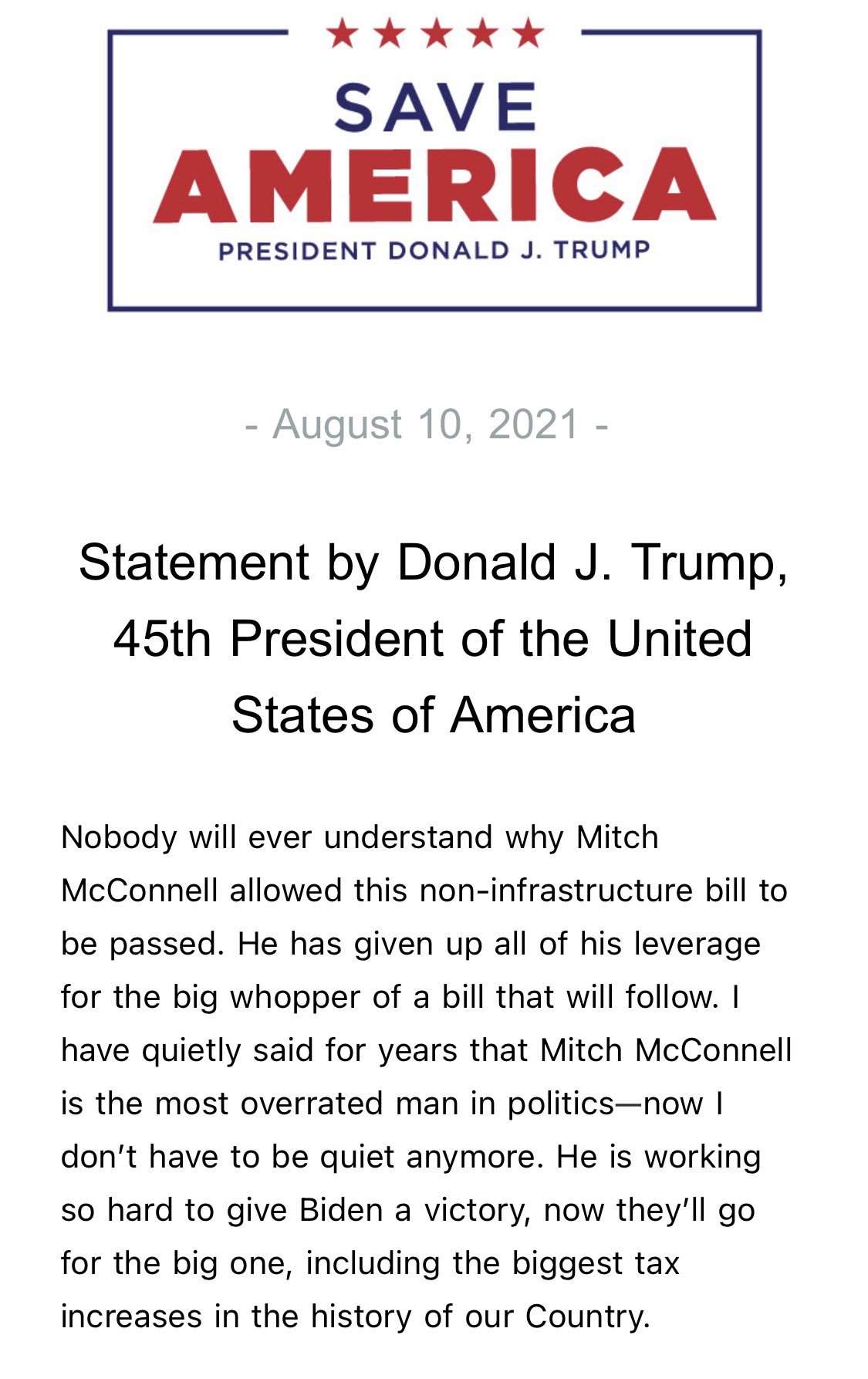 Mitch McConnell and 17 other RINOs threw their support behind Biden’s infrastructure bill.

No money for the border wall is in the bill.

They REALLY Hate You: Mitch McConnell and 17 RINO Senators Vote for Infrastructure Bill that Included ZERO DOLLARS for Border Security During Greatest Border Crisis in History

The bill also has a vehicle tracking program in it.

Democrats want to use this to try out a new vehicle per-mile driving tax.

Hidden in its 2702 pages are plans to implement a pilot program to track your vehicle miles for a new highway tax. The proposed plan will also enable the US government to track where you’ve been and your favorite hangouts.

This section starts on page 508 of the monstrosity that nobody read but was passed through the US Senate anyway.

The objective of the plan is to test a new vehicle per-mile driving tax.