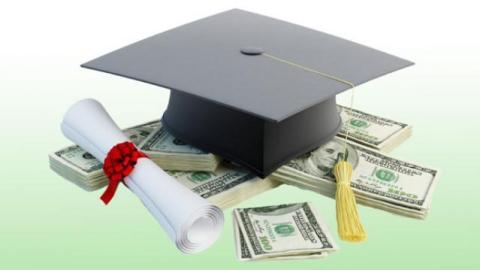 A survey that was recently conducted by Intelligent.com revealed almost half of Americans who took out student loans 20+ years ago still carry the debt with them.

It also shows that 76% of people who took one of these loans are in debt for at least 6-10 years after they graduate.

This is the left’s modern day version of slavery.

Because of the interest that continues accumulating on loans, once a borrower falls behind, it can be difficult to catch up.

Their Managing Editor, Kristen Scatton also added some context to why Americans are having such a hard time completing their payments on these loans:

“It’s common to see people, years after they left school, with a loan balance that actually exceeds the amount they originally borrowed because of accumulating interest,” says Intelligent Managing Editor Kristen Scatton. “There are borrowers making monthly payments on their loans, but that is only going towards interest, not the principal balance. Once you fall into that cycle, it gets a lot tougher to pay off the loan in a set amount of time.”

In 2020, student loan debt ballooned to its highest level ever after forced lockdowns drove a major recession. Overall, Americans owe an astounding $1.7 trillion and the socialist-dems are looking to put that burden solely on the taxpayers.

That seems like an enormous price to pay considering higher education’s role in prophesizing the movie Idiocracy.

The Biden regime has promised to its base for months that they would begin paying off loans and specified that they want borrowers to be forgiven $10,000 each, but the even more radical progressives like Elizabeth Warren have been pushing for $50,000 in immediate forgiveness.

All he has done so far is delay collection of the loans, but it’s only a matter of time until the commies who are pulling his strings get their way.

Voters are divided on the issue of who should take care of this massive debt. Unsurprisingly, the people who have taken out loans and have been propagandized in marxist doctrine overwhelmingly support forgiveness. The same holds true when you look at high-income earning elites, who are ‘most likely’ to support the policy.

Overall, 49% of American’s are in support of paying off the loans while 51% are undecided or outright oppose it.

No surprise here – New poll confirms elites and purple-haired gender-studies-degree-holders overwhelmingly support everyone else paying off their debt.

Intelligent.com broke down the results between the different groups of respondents:

Whether or not an individual currently has student loan debt is one of the key factors influencing where they stand on loan forgiveness. Individuals who don’t have student loan debt are nearly three times as likely as those who do to oppose forgiveness, by a rate of 25% to 9%.

Their research also found that the most common reason among people for supporting using taxpayer money to pay off loans is because they believe it will “stimulate the economy.” The opinion is most popular among borrowers, with over 80% citing that as the reason they support the policy.

Almost half of proponents also say that forgiving people’s poor choice to get a degree from a marxist indoctrination camp would “encourage saving for retirement.”

The government-subsidized indoctrination system that is known as ‘higher-education’ has been overcharging for degrees that do not produce useful skills, and when students are unable to pay their debts, it falls onto the taxpayer.

Worst of all, American students aren’t learning anything important from their marxist professors and their CRT classes, they are only taught how to be a cog in the machine of Socialism.

It’s no wonder so many Americans are enslaved in this vicious cycle.