The identities of the 13 US servicemen killed in Thursday’s blast in Kabul are emerging after one of the deadliest attacks on Americans forces in more than a decade.

American blood spilled in Afghanistan on Thursday in a blast from a suicide bomber outside of the airport in Kabul.

Joe Biden allowed terrorists to take control of Afghanistan which led to the release of thousands of ISIS terrorists that were once locked up in prisons next to Bagram Air Base.

13 American men in uniform died and 15 more are critically injured because of Joe Biden.

Nine of the deceased men have been identified so far.

David Lee Espinoza, 20, from Laredo, Texas was identified as one of the Marines killed on Thursday. “Our thoughts and prayers will remain with the family of United States Fallen Marine, David L. Espinoza, as well as to his friends and fellow Marines,” the Laredo Police Department wrote in a Facebook post.

Espinoza is survived by his mother, brother and stepfather.

Rylee McCollum was a Marine from Bodurant, Wyoming and only three weeks into his first deployment.

“He wanted to be a Marine his whole life and carried around his rifle in his diapers and cowboy boots,” McCollum’s sister Roice McCollum told the Casper Star Tribune. This was his first deployment.

“His life meant so much more. I’m so incredibly devastated that I won’t be able to see the man that he was very quickly growing into becoming,” Schmitz’s father told KMOX.

Schmitz’s father said he received a phone call about his son’s death at 2:40 am.

Hunter Lopez, 22 from California was killed in Thursday’s blast.

Lopez was from Riverside, California and came from a family of law enforcement officers.

“I am unbelievably saddened and heartbroken for the Lopez family as they grieve over the loss of their American Hero. Hunter Lopez, son of our own Captain Herman Lopez and Deputy Alicia Lopez, tragically lost his life while serving our country in the United States Marine Corps. He was killed in Kabul, Afghanistan on Thursday, August 26th.” Riverside Sheriff Chad Bianco said in a Facebook post.

“Daegan will always be remembered for his tough outer shell and giant heart. Our hearts are broken, but we are thankful for the friends and family who are surrounding us during this time.”, his family said in a statement Ryan Knauss was a devout Christian and “a motivated young man who loved his country,” his grandfather said Friday. “He was a believer, so we will see him again in God’s heaven.” 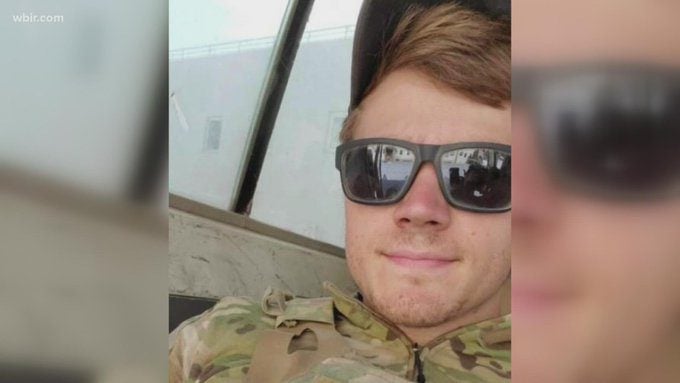 “He did what he loved, was leading his men and was with them to the end. He loved these United States and proved it by his service.” Hoover’s father said in a statement. US Marine Kareem Nikoui was also killed during the terrorist attack on the Kabul airport on Thursday. RIP heroes. Pray for their families.