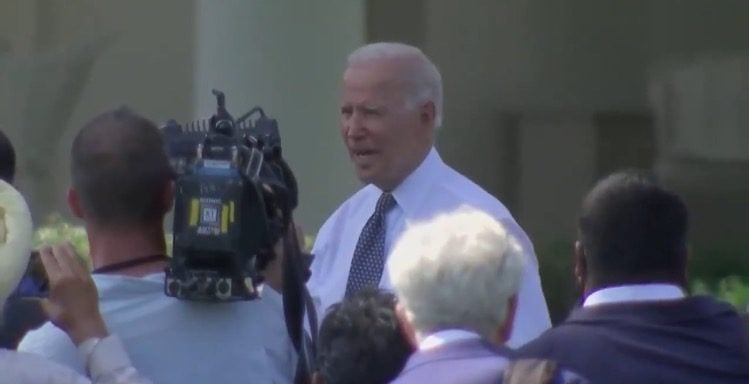 Joe Biden on Thursday spoke to reporters after driving an electric Jeep Wrangler around the South Lawn of the White House.

Biden admitted the CDC’s decision to unilaterally extend the eviction moratorium for 60 days was likely unconstitutional.

Even worse, Biden said the quiet part out loud and admitted the point of extending the moratorium was to get the case caught up in the courts to buy time.

“I can’t guarantee you the court won’t rule that we don’t have that authority but at least we’ll have the ability to, if we have to appeal, to keep this going for a month-at least. I hope longer and in the process, by that time we’ll get a lot of…”

Biden admits that what he did might be unconstitutional, but he doesn’t care pic.twitter.com/UW92c6Oykr

The CDC on Tuesday announced a new 60-day moratorium on evictions.

Joe Biden knowingly violated the Constitution and admitted he is banking on the case getting caught up in the courts to push through his agenda.