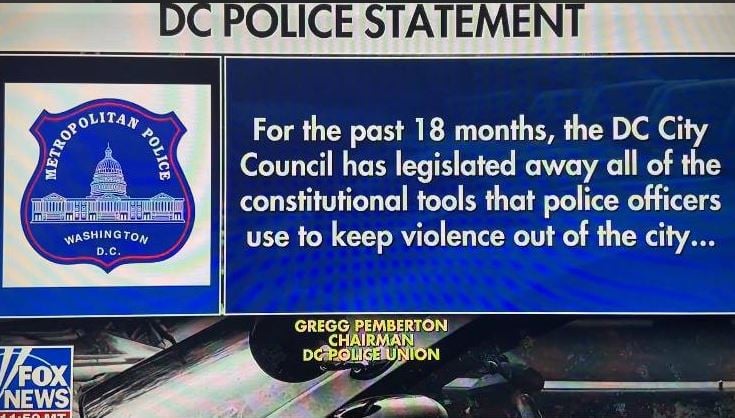 The Washington DC Police Union President Gregg Pemberton announced on Monday in a statement that the District recorded its 100th homicide last week of the year.  There have also been 200 carjackings and 400 officers have left the force.

Not a single one of these officers has been replaced.