In February Defense Secretary Lloyd Austin ordered a stand-down order for the next 60 days to allow each branch of the military time to discuss white supremacy and the threat of extremism throughout the US Military.

According to NBC, Director Austin’s announcement was a direct result of the protests on January 6th on the US Capitol where some current and former members of the military stormed the Capitol. Of course, the protests and storming of the US Capitol had nothing to do with race.  But we are talking about NBC and the fake news media so there you go.

This weekend The Gateway Pundit received a copy of the US Navy’s discussion guide on extremism in its ranks. The package that is required training for Navy personnel is 51 pages in length.

The Navy training overview states the vast majority of men and women in the military do not support racially and ethnically motivated violent extremists like white supremacists and domestic terrorists. 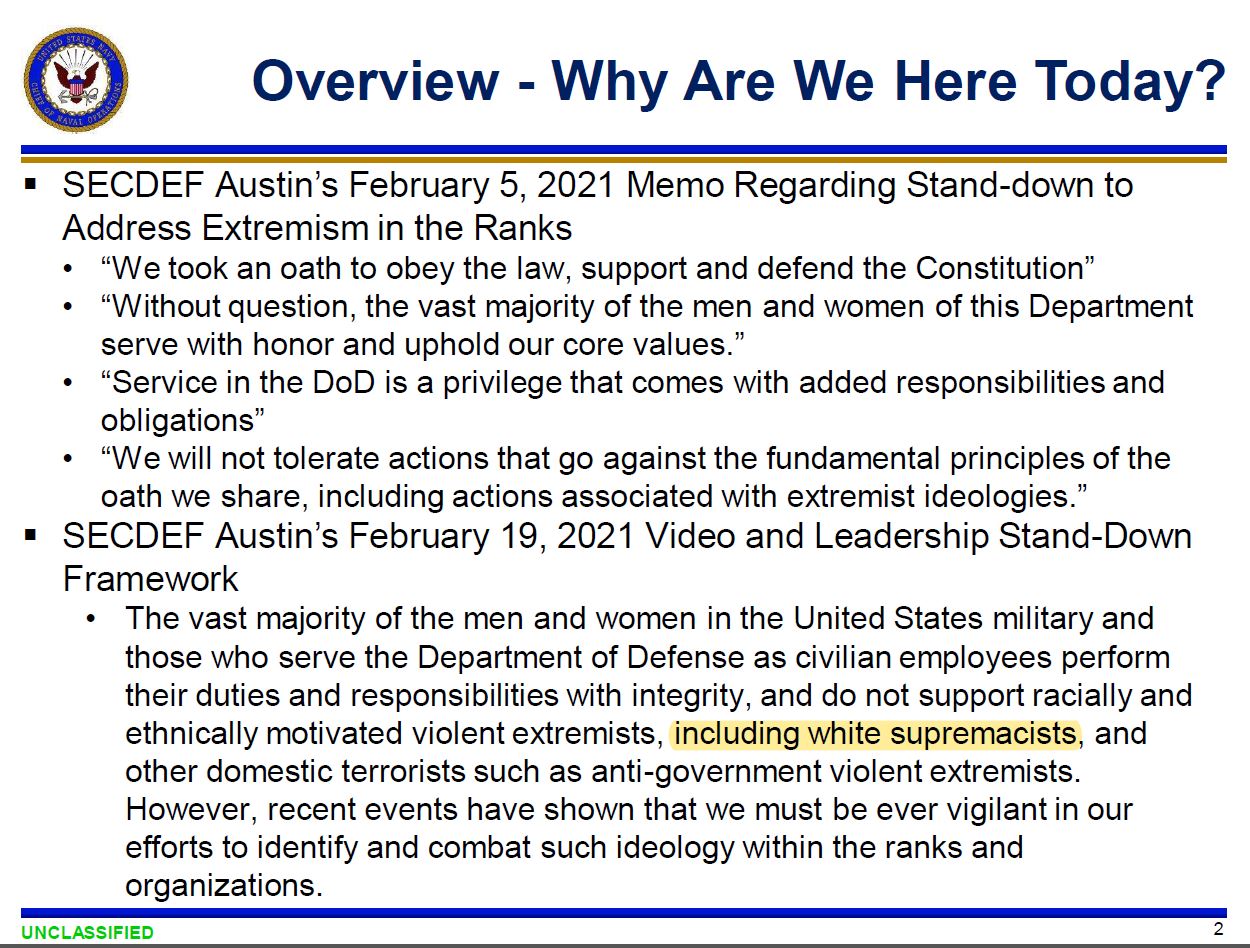 However, later in the package (page 45) the Navy manual states that supporting and discussing Black Lives Matter is acceptable. So, supporting a domestic terrorist group that has caused over $2 billion in damages in 2020 and resulted in numerous injuries and death is acceptable? Black Lives Matter-Antifa mobs have caused over one billion dollars in damages in cities across America since May. In Minneapolis alone Black Lives Matter mobs damaged or destroyed over 1,500 businesses or buildings.

And this is completely acceptable to the US Department of Defense.
That’s pretty outrageous!