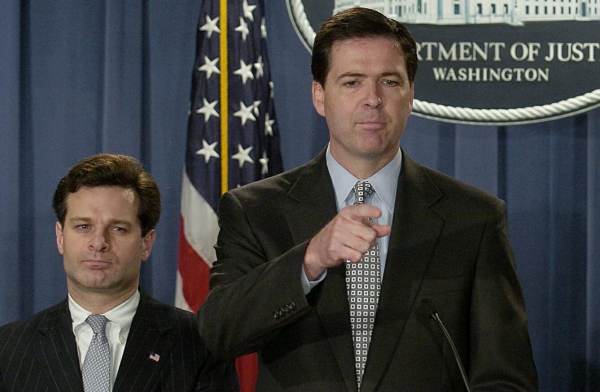 FBI Director Chris Wray announced that the FBI’s response to the agency’s FISA Abuse and the criminal spying on the Trump campaign.
He sent out out a training video.
And no one will be disciplined for the criminal acts.

Wray released a statement on Friday. They really don’t care about the public’s trust.

Last night Sean Hannity went off over the weak response by the FBI Director over the agency’s historic lawlessness. Sean Hannity: Where’s the accountability? Where is the equal application of our laws?… With all due respect Director Wray, that’s not enough! Sorry! A premeditated fraud on a FISA Court to spy on a candidate, and a transition team, and a president. I’d like to see a little more outrage from you. This is the world’s premier, number one, intelligence agency, 99% of FBI guys are the best in the world. Really? That’s your reaction?

Chris Wray obviously doesn’t give a rip about what Americans think of his corrupt agency.