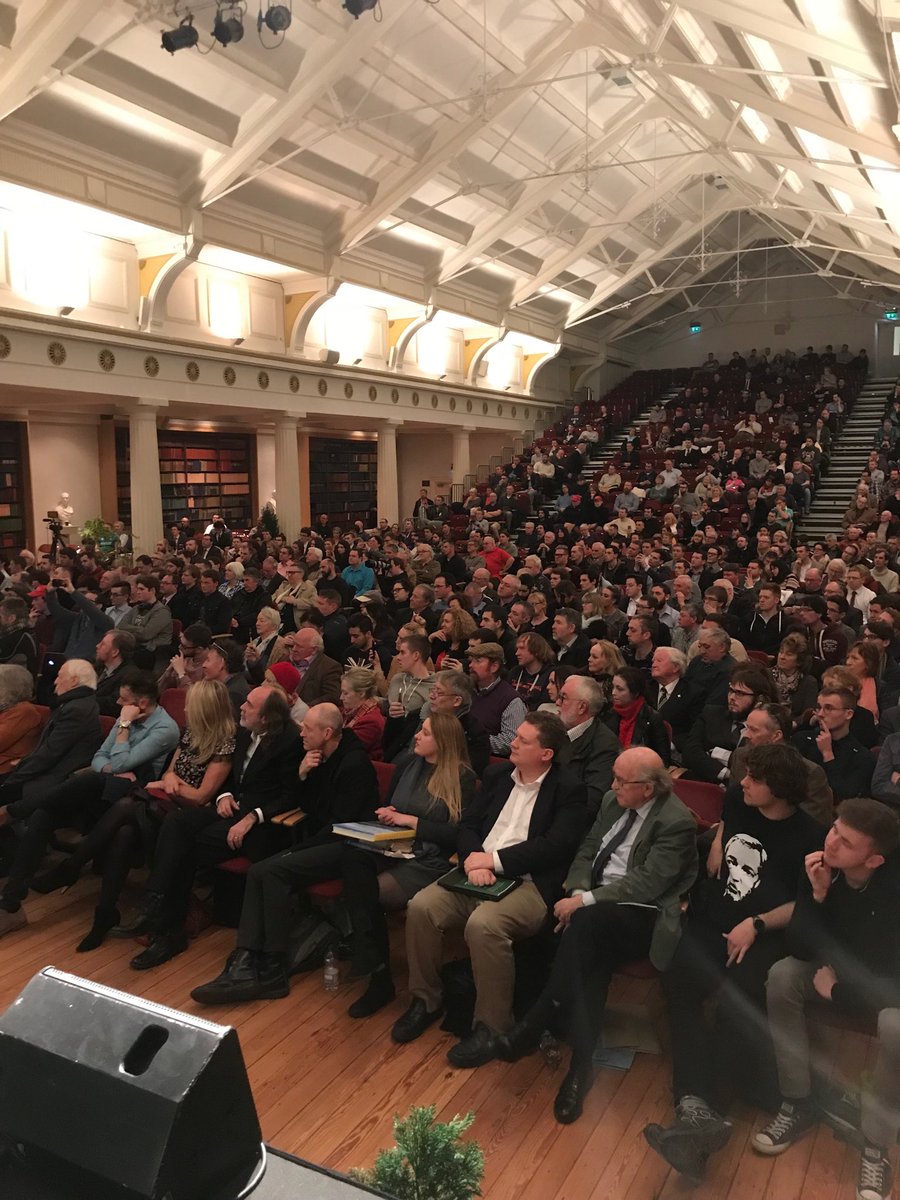 Former UKIP leader and Brexit architect, Nigel Farage, created a stir in Dublin this past weekend, appearing as the headline speaker at a conference on Ireland’s exit from the EU, much to the chagrin of the nation’s europhile political and media establishment.

Speaking in front of a packed hall at the ”Irexit: Freedom to Prosper” conference, Farage suggested that 2016’s populist revolts were no ‘’short outburst of anger’’ to be followed by a return to the status quo – as some political leaders were hoping – but rather events that in one hundred years would be seen as a pivotal point in western history; ‘’a moment in which the western world said ‘’we’ve had enough of globalism, we’ve had enough of governments that condemn us for being patriotic about our country and about our flag.’’

Eurosceptic parties, of both the left and right, were springing up across Europe following the Brexit vote, from Sweden, France and Germany to the nations of Central and Eastern Europe, Farage told the enthusiastic crowd – with one notable exception; Ireland.

‘’We actually love Europe, we love the different nationalities of Europe, the different peoples of Europe…but what we don’t like is this attempt by the European Union to hijack the word ‘’Europe’’. To them, Europe is that flag, Europe is that anthem, Europe are those glass and steel structures, Europe are tens of thousands of highly paid bureaucrats, and they think because they’ve got all of this that they own Europe and the word. Well they don’t! We, the individual countries and peoples of Europe, we own the word ‘’Europe’’, not them!’’

Putting forward reasons why Ireland should separate from the supranational bloc, including the ‘’indignity’’ of having had Irish budgets reviewed by the German parliament before its own and the loss of lucrative Atlantic fishing rights, Farage reminded attendees that the Taoiseach (Irish Prime Minister) Leo Varadkar was now on record as prepared to pay more to Brussels to meet the massive ‘’Brexit deficit’’ which will be created in EU coffers following the UK’s departure in March 2019.

‘’I don’t think Ireland is a pro-EU country’’, Farage contended, but rather ‘’the political, media and big business class of Dublin are’’, an observation drawing enthusiastic reaction from the hall.

‘’They love it! And what’s not to like?’’, the UKIP MEP continued, summarizing the benefits enjoyed by those working within the EU and dominating the Irish media conversation; ‘’16% top rate tax, 10,000 civil servants in Brussels earning more than the British prime minister, 7 or 8 weeks holiday a year, no chance of being sacked if you’re incompetent…’’

With only 15 months to create a movement to field candidates at the next European elections, the packed conference was an impressive starting point, Farage noted, recounting anecdotes from his early political life when few showed up to public meetings to unexpectedly finding himself the warm-up act at a 20,000 strong Trump rally in Mississippi.

‘’We in the Brexit campaign have, I think I can say, more than done our bit so far but now it’s time for you to make these arguments, to organize and to mobilize in this country and I wish you Godspeed in doing so’’, the British politician and broadcaster concluded, adding that he would ‘’hop on a plane to Dublin’’ if he could be of assistance.

Interviewed as part of the event by writer and fellow speaker, John Waters, Farage admitted that the day his fellow countrymen voted ‘’to be free again’’ was the proudest moment of his life and that he was enjoying his days having stepped down as party leader.

‘’But if in 18 months’ time, if they’ve made an absolute Horlicks of Brexit, then I’ll have to go back and fight the buggers again, won’t I?!’’, he laughed, to a standing ovation from an audience that had travelled from across Ireland to hear his address.

The Irexit conference was organized by the Europe of Freedom and Direct Democracy Group (EFDD), a eurosceptic group made up largely of UKIP (UK Independence Party) and Italy’s Five Star Movement. Further coverage of the event to follow on The Gateway Pundit.