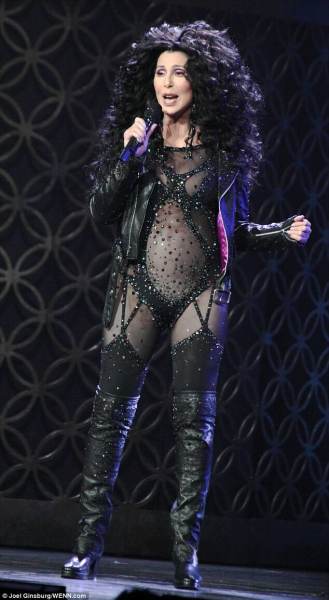 Because nasty attacks on women based on their looks is still acceptable if you are high profile liberal.

Would someone please tell Sarah Huckabee Sanders to stop dressing like a sister wife pic.twitter.com/7MC5epIzIR Governor Huckabee: Of all the people to give fashion advice on how to professionally dress like a business person, are you serious, Cher? You’re going to be the one? The person who dresses like a cigarette girl at a casino on stage? And you’re going to tell my daughter how to dress? I just find that laughable and utterly out of touch and what kind of lala land do these celebrities live in. Let’s put this in perspective, shall we? Fashion advice from a woman who plays dress up as a playboy bunny with a child seems a bit hypocritical. But what a brave feminist @Cher is for attacking a successful woman over her clothes! pic.twitter.com/EeShiqNpRa

Jim Hoft
Jim Hoft is the founder and editor of The Gateway Pundit, one of the top conservative news outlets in America. Jim was awarded the Reed Irvine Accuracy in Media Award in 2013 and is the proud recipient of the Breitbart Award for Excellence in Online Journalism from the Americans for Prosperity Foundation in May 2016.
George W. Bush Is Raising Money for Bitter Never-Trumper Liz Cheney
Haitian Illegal Aliens Assault US Pilots - Injure 3 ICE Officers in Port-au-Prince (VIDEO)
Trump Sues NY Times and Niece Mary Trump Over Reports on His Tax Filings
Proof: Biden Is Flooding the Country Now with Non-Vaxxed Haitian Migrants from Del Rio Border Squatters Camp
Report: Two Men Arrested for Smuggling Buckets of KFC Chicken and All the Fixings into Auckland Despite Strict COVID Lockdown
See more...