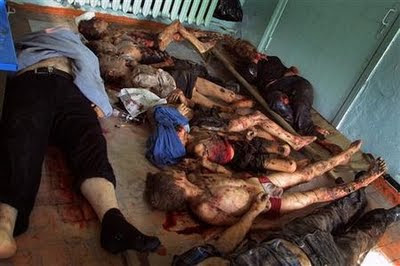 In September 2004 Muslim terrorists stormed the grade school in Beslan, North Ossetia taking over 1,000 children and their parents hostage. Over 380 people, mostly children, died in the Islamist attack.

The Russian parliament passed a law this month requiring family members to pay for the damages caused by Islamic terrorist attacks.
Via the Counter Jihad Report:

Russian parliament’s lower house on Friday approved new legislation that toughens punishment for terrorism and requires terrorists’ relatives to pay for the damages caused in attacks.The document comes as Russia is preparing to host the Winter Olympics in Sochi in February amid concerns about security threats posed by an Islamic insurgency that has raged across the North Caucasus region.