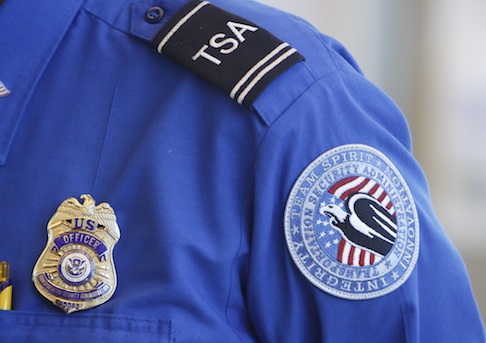 A TSA agent and 5 others were caught red-handed bringing Brazilian nationals across our border illegally:

A Transportation Security Administration (TSA) agent was arrested Friday for conspiring to smuggle illegal aliens into the country.

Díaz-Torres and five others were charged in a 13-count indictment for bringing, transporting, harboring, and shielding illegal aliens within the United States.

According to a Justice Department press release, a group of Brazilian nationals were smuggled through the Luis Muñoz Marín International Airport in San Juan, Puerto Rico.

Díaz-Torres allegedly allowed the Brazilians through a TSA security checkpoint without questioning them.

The group then flew to New York, Boston, and Philadelphia on commercial flights.

The corruption is widespread and getting worse, ushering in not only illegals, but terrorists. An ‘event’ that rocks the US is not a matter of if, but when. We are essentially borderless with no real security protecting our nation at our gateways.